We all know that Apple is expected to unveil their latest iOS smartphone later today, that is of course if Apple does unveil the iPhone 5 or whatever they decide to call it, wouldn’t that be a bummer if they didn’t. Anyway the general consensus is the iPhone 5 will be unveiled today, and of course when they do, it is practically a foregone conclusion the iPhone 5 will be a big seller for the company.

But just how many iPhone 5 handsets can Apple shift over that first weekend? Well according to an article over on AllThingD, it is likely Apple will shift quite a few more than they sold in the first weekend with the iPhone 4S, with Brian White, an analyst at Topeka predicting that as the iPhone 4S gained in excess of one million pre-orders in the first 24-hours, they expect pre-orders for the iPhone 5 to be in the region of 1.5 million.

The analysts also believes that at least 5 million to 5.5 million iPhone 5 units can be sold in the first 3-days assuming the 7 countries roll-out ensures and supply chain constraints are not a major problem. 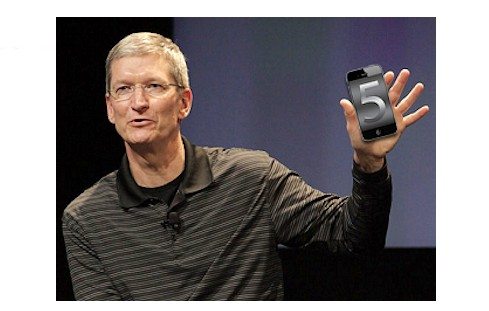 Travis McCourt director Raymond James also estimates iPhone 5 first weekend sales being roughly in the same ballpark, expecting some 5 to 6 million new iPhone units to be sold over the first weekend. Whilst Gene Munster for Piper Jaffery says he expects Apple to shift between 6 and 10 million iPhone 5 handsets in the first three days.

Munster also said that “there is no question iPhone 5 will be the largest consumer electronics launch in history, given the hardware redesign it will likely crush previous iPhone launch sales.”

Thus it would appear that the consensus is that Apple will sell upwards of five million units of the new iPhone over the first weekend, depending on if Apple releases the iPhone 5 to retail as expected on the 21st of this month of course.