iPhone 5 and how it was made

Apple has now dished the details on the new iPhone 5 with its not too different design from the iPhone 4S, but being a tad taller and slightly slimmer, although Apple has taken great pleasure in touting the new iOS handset as the world’s thinnest smartphone, but just how was the iPhone 5 made, did Apple take a steamroller to flatten out the handset to make it longer and slimmer, no of course not.

Well the guys over at iDownload Blog have posted quite a length article on how the iPhone 5 was made, and says that from hands-on reports and ‘gorgeous shots’ of the device, everyone seems to agree Apple has outdone itself with the iPhone 5.

Apple’s senior vice president of design, Jony Ive gave some insight into the production process of the iPhone 5 in Apple’s presentation video saying, to create the iPhone 5 they started with a design they loved, but in order to build it they had to look beyond what they knew was possible, which took their best thinking, and all of their learning to realise ‘something so simple, so clear and yet truly extraordinary.’

So let’s cut past all that hype and get to how the iPhone 5 was made, kicking off with the iPhone 5 aluminum unibody, which was to machine all surfaces of the enclosure, and then polish and texture, followed by using diamonds and crystals to cut the chamfers, 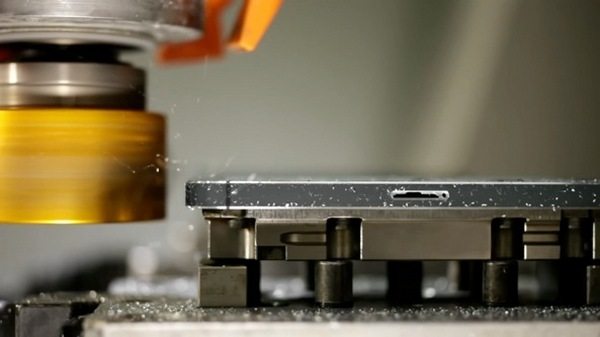 As for that two-tone backplate, its made of anodised 6000 series aluminum with inlays at top and bottom made of pigment glass for the black and slate iPhone, and ceramic glass for the white and silver iPhone.

When it comes to producing the inlays and fitting them together, they put them on a conveyor and 2 high powered cameras took images of the housing, followed by instantaneous analysis, and the best cuts out of the possible 725 cuts is chosen. 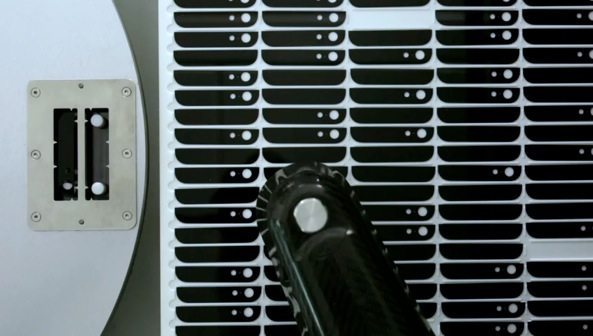 As for in-cell tech, according to Apple “instead of a separate layer of touch electrodes between display pixels, the pixels do double duty – acting as touch-sensing electrodes while displaying the image at the same time. With one less layer between you and what you see on iPhone 5, you experience more clarity than ever before. All on a display that’s 30 percent thinner than before.”

They used a sapphire lens cover on the camera because sapphire is more durable and thinner than the glass on the iPhone 4S camera, whilst maintaining optics in pristine condition is crucial for the performance of the camera, and sapphire crystal hardness is second only to diamond apparently. 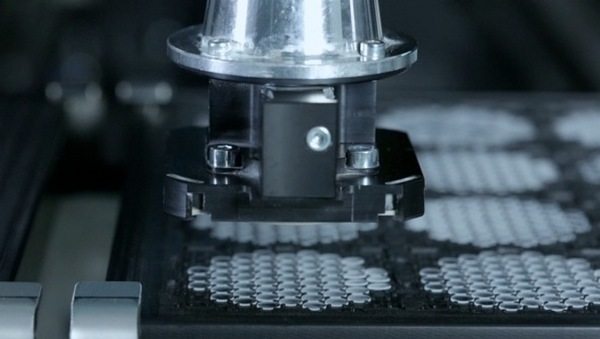 Anyway for those that might be interested in how Apple made the iPhone 5 you can check out the full article along with numerous images by hitting up the guys website and reading the article in its entirety or the Apple website.

But apart from how Apple made the iPhone 5, do you think it’s about time Apple stepped up their game when it comes to a whole new design for the iPhone, so that by the time the iPhone 6 comes along it doesn’t still look like an iPhone 4S and iPhone 4?