As iPhone users know, up until now using FaceTime has been confined to a WiFi connection; however with the arrival of iOS 6, FaceTime video calling will work over a cellular network as well, once Apple releases the new operating system to the mobile space on the 19th of this month.

A Verizon spokeswoman has stated that all Verizon Wireless customers will be allows to use the FaceTime application without additional charges, and includes those customers that remain on unlimited data plans. 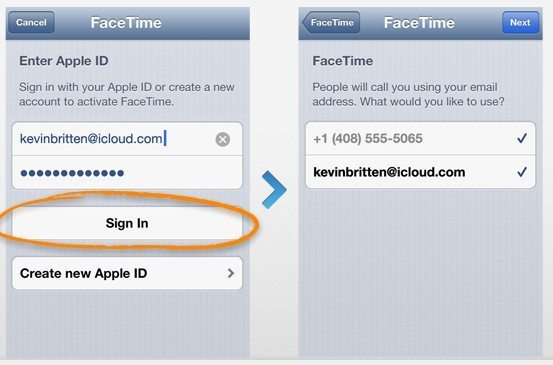 Both AT&T and Verizon have been phasing out unlimited data plans with smartphones, with the carriers expected to launch new plans over the summer that will enable multiple devices to draw from one data account, but will raise prices for many customers.

I’m sure you know that FaceTime uses the iPhone camera to connect with others, and FaceTime data consumption on a cellular network could be significant for regular users as the iPhone 5 will work on carrier’s 4G LTE networks, along with an upgraded iPhone 5 front facing camera that may also increase data usage.

Although AT&T is restricting FaceTime usage on their network, the carrier has highlighted that their plans offer more choice to the consumer compared to the requirements of Verizon for new customers to adopt a shared data plan.

And if you are an iPhone user on Sprint, the carrier has said they would not place limits on FaceTime use.