There are a vast range of applications to choose from on the various mobile platforms especially for Android and iOS. Many apps can have the same uses but the performance of some can vary significantly. Today we have news of the FoxFi Android alternative, WiFi Hotspot & USB Tether Pro application that is now available.

The guys over at Droid Life were given the heads up about a WiFi and USB tethering application that has been developed by SVTP, and as Android users have grown to love the app. WiFi Hotspot & USB Tether Pro is an ideal application for those that have had troubles with FoxFi, and you may want to give this a go instead.

There are two versions of the app available with one being free and the other professional, and the difference between the two versions is quite large, as the paid version is Â£9.49/$15. To some the price listed for the app will be a little too steep, but considering it works away without any fuss and allows for free tethering it isn’t so bad, it will just be up to personal choice for users to make their mind up if it is worth the price.

Luckily there is the free version that can be used first to see if the app works well for you, as this version allows users to try it out for two days of free tethering, and after that you are restricted to only five minutes of tethering once each day. 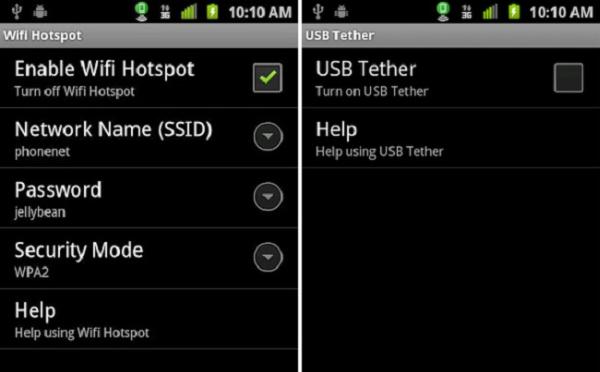 The one of cost for the paid version looks a lot better when you compare it with the $30 each month that some carriers will charge you. The application has already received a number of positive reviews from users, and to find out more or to download hit Google Play.