Karbonn Mobile A7+ via Infibeam

If you are over in India and in the market for a new Android smartphone with dual SIM functionality, then you might like to consider the Karbonn Mobile A7+ Android smartphone, which has just recently been released to the Indian mobile space and is available via Infibeam with free home delivery anywhere across India.

The Karbonn Mobile A7+ handset is an Android 2.3 Gingerbread smartphone, so still a tad behind the latest Android operating system, but the Karbonn Mobile A7+ does feature a 3.5-inch HVGA touch screen along with dual SIM support for 2G and 3G so you can have two numbers on your handset.

The Karbonn Mobile A7+ also sports a 5 megapixel rear facing camera with dual LED flash, a VGA front facing snapper, 512MB RAM, 1GHz processor, WiFi, WAP, GPRS, EDGE, and features microSD expansion up to 32GB, and also comes with a 1420mAh battery, and will apparently see an update to Android Ice Cream Sandwich at some point. 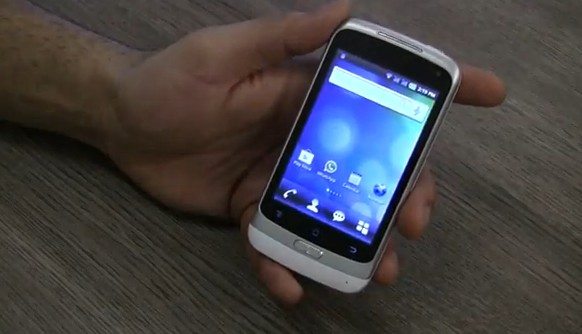 For those over in India that might be considering picking up the Karbonn Mobile A7+, we have a video review of the Android handset for your viewing consideration below, so don;t forget to head on down and hit that play button before dashing off to purchase.

As for just how much it will cost for the Karbonn Mobile A7+ to become yours, well the device can sit nicely in your pocket for a reasonable price of RS. 6899, and can be purchased by hitting up the Infibeam website. Any of our readers over in India impressed by the Karbonn Mobile A7+ enough to want to own one?

5 thoughts on “Karbonn Mobile A7+ via Infibeam”