Apple up with maps, down with sued Passbook

Apple as you know has ditched Google Maps with iOS 6 and released Apple Maps, although there have been quite a few complaints showing the downside with Apple Maps and a few other issues with iOS 6, but there is at lease one thing going for Apple Maps, and that is it is more data efficient.

Side by side Google Maps is better than Apple Maps, but when it come to data efficiency, virtually five times more data efficient, Apple Maps is the best reports an article over on Gizmodo. The difference between Apple Maps and Google Maps data consumption is quite significant claims the Onavo team stating their data experts performed an identical series of activities on both Maps.

These activities included searching for numerous addresses, airports and US cities along with zooming in and out to find specific locations, and found that with Google Maps the data loaded from a cellular network for each step was on average 1.3MB whilst doing the same with Apple Maps resulted in 271MB, which equates to roughly 8 percent less data.

Apparently the reason for the data differences is that Apple Maps uses vector graphics, and the maps resize dynamically as you zoom whilst not needing to download more data, and thus uses less data than Google Maps, which is fairly important as when carriers start capping mobile data plans, the less data used by maps means the more data you can use elsewhere, and thus albeit not being too good at the moment, if Apple improves on Apple Maps it should become a very solid and efficient service. 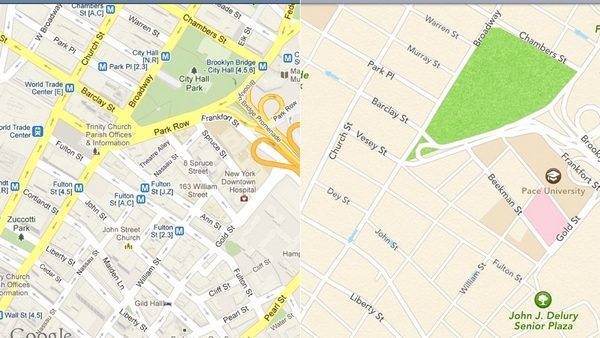 So that’s an Apple up, now moving onto an Apple down with Apple being sued over Passbook reports Tech Crunch, with the lawsuit filed by Ameranth that claims that Apple has infringed 4 patents to do with wireless syncing technology to do with point of sale systems, mobile payments, and other related issues to do with Passbook having the ability to digitise such things as reward cards, airline tickets, coupons, hotel bookings and more.

Apparently though Ameranth is used to suing companies and is currently engaged in suits with such companies as Marriott, Kayak, Hilton, Hotels.com, Ticketmaster, Expedia, and many others whilst also gaining licensing agreements with roughly 14 companies including SubtleData, whose founder Richard Bagdonas spoke to Tech Crunch. 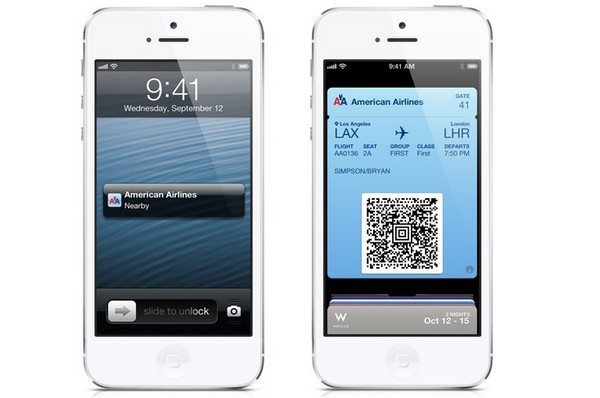 Bagdonas pointed out that Ameranth does sell products including payment processing modules and wireless ordering systems for restaurants, and apparently Apple does cite Ameranth as prior art in an iPhone patent, so Apple is aware of the existing intellectual property, but Bagdonas also notes that the suit could go beyond Apple and effect everyone on the Passbook platform, and has said that this could expose every developer working on Passbook app to a lawsuit.

Bagdonas suggests independent developers seek a licensing agreement for Ameranth patents rather than getting taken to court, but one should note that part of SubtleData’s agreement with Ameranth is that SubtleData is able to offer sub-licensing deals to firms, which means the company stand to gain is developers follow the advice.

Word is Ameranth is after triple damages in the suit against Apple due to the firm saying Apple has wilfully infringed their patent with Passbook, and that could possibly mean that the firm will also target developers just as harshly.

5 thoughts on “Apple up with maps, down with sued Passbook”