Samsung and Google to battle iPad with 10 inch Nexus slate

Apple will be pushing their way into the smaller tablet space quite soon with the release of the Apple iPad Mini, despite the company saying they wouldn’t deliver a smaller tablet in the past, but times change, and obviously many prefer a smaller sized slate, and so Apple wants to grab a substantial slice of the smaller tablet cake rather than miss out on that lucrative market any further.

And as Apple is dipping their toes into an area that is usually Samsung and Google ground, the word is old Sammy is teaming with the Google guys to deliver a new 10-inch tablet with Nexus branding in an attempt to battle the popularity of the Apple iPad. 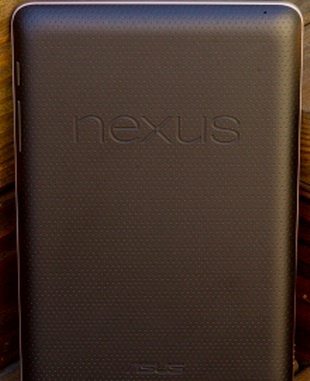 The new Nexus 10-inch slate will mark Google’s entry into the high end tablet market, with Shim saying the Android slate will be a high end device, and Google will partner Samsung and co-brand it with Samsung. Shim cites the info as supply chain indications, which he says typically shows a high likelihood that the device will become a reality.

Obviously Samsung and Google have worked together before on the Samsung Galaxy Nexus, and as Samsung devices are very popular it makes sense that the two giants should partner again to deliver a new 10-inch tablet, although one does have to remember none of this has been confirmed by Google or Samsung.

So there you have it, as and when we learn more we will of course pass it along, but we would like to know if any of our readers would be keen on Samsung and Google delivering a 10-inch Nexus tablet, so feel free to voice your opinions to our comments area below.