When it comes to Nokia Lumia smartphones over in the good old US of A, whilst AT&T and T-mobile have already dished most of the details on their Lumia offerings, the Big Red has been somewhat quite about what Nokia handset will play nice on their network. However there have been rumours that Verizon will soon offer the Nokia Lumia 822, and today we are treated to some evidence that the Lumia 822 is possibly on its way.

According to an article over on Ubergizmo, the guys over at WMPoweruser have managed to get their hands on the first image of the upcoming Nokia Lumia 822, which sports Verizon branding, and is the carriers variant of the Nokia Lumia 820.

The Verizon Lumia 822 is said to sport a WVGA touch screen along with an 8 megapixel rear facing camera just like the Lumia 820, and the handset also sports a front facing snapper, and one can assume most of its internals will be the same as well. 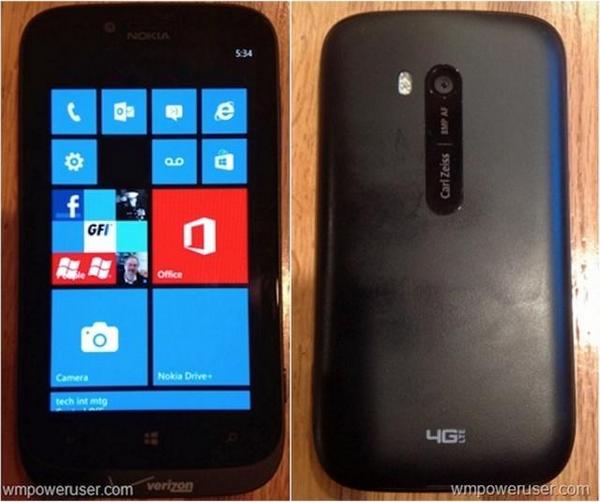 The rear of the Windows Phone 8 handset looks to have a black soft touch finish, and shows that the device will have Carl Zeiss optics, and there is the 4G LTE logo at the bottom, so the handset should play nice on Verizon’s faster 4G network.

Other than the picture though not much else is really known about the smartphone, and no word on just when the Nokia Lumia 822 is likely to becomes available on Verizon, although the device could launch around the same time, or just after Verizon release the HTC 8X.

So there you have it, the first picture of the Nokia Lumia 822 for Verizon, will any of our US readers be excited if the Big Red does indeed offer the Lumia 822 soon?