Handset manufacturers look at emerging markets such as China and India as a great opportunity to increase sales of hardware, and Finnish company Nokia has long seen such markets provide the majority of its yearly handset sales. Companies are now offering consumers in the region more affordable smartphones, and the HTC Desire X is now available in India with a price revealed as well.

The handset manufacturer has now officially launched the Desire X in India after the smartphone had appeared on a variety of online retailers according to a report on NDTV Gadgets. The handset is priced at Rs. 19,799 and for your money you get a handset that comes running the Android Ice Cream Sandwich operating system.

Other features of the HTC Desire X include a 4-inch WVGA touchscreen powered by a dual core processor clocked at 1 GHz. This is coupled with 768MB of RAM and the HTC Sense 4.0 Android overlay. 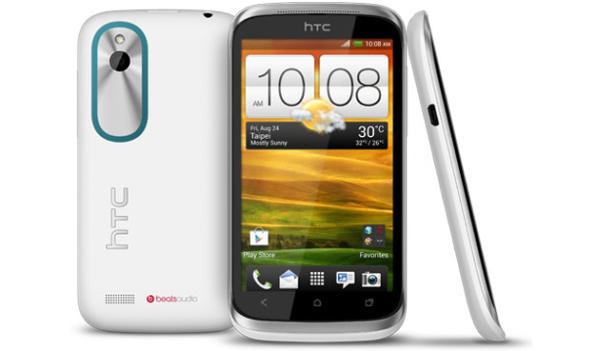 Buyers of the handset are treated to 25GB of Dropbox cloud storage, and there are the usual HTC Beats Audio enhancements, while the device will go up against the likes of the Sony Xperia Sola, Samsung Galaxy Advance, and Motorola’s Atrix 2.

The handset while being a mid-range offering also features Bluetooth 4.0, 3G and Wi-Fi connectivity, DLNA, and 4GB of on board memory that can be expanded via the microSD card port. The handset is powered by a respectable 1,650 mAh battery unit, and is available across the country at all major retail outlets.

HTC India’s Country Manager, Faisal Siddqui, said that the handset will be “an extension of your social life”, and added that the Desire X looks and sounds great while being fast in operation.