If you enjoy using TiVo and are also an iOS device user then we have some news today for you about a new innovation, the TiVo Stream. It’s a useful way of making your recordings mobile in a far easier way than previously, when users had to pay $25 for the Desktop Plus software to transfer content to a PC before formatting it again for a smartphone or tablet. The TiVo Stream is not cheap though at $130 and it also has some frustrating limitations.

The TiVo Stream is a small box that you simply connect to your router and then are able to download or stream directly to your iOS device, iPhone, iPod touch or iPad. While having its uses the accessory does have some drawbacks and restrictions. Plus points include high quality video and good integration with the current TiVo app with Stream features neatly built-in such as tapping “Watch on your iPhone/ iPad.” The TiVo Stream also supports three streams at once from one DVR.

Just some of the negative points are the cost and also the time it takes to set it up. For example the connection was simple enough but the software took a long time to be ready with 20 minutes out of the box for a firmware update and then a long connection and activation procedure. Other drawbacks include the fact that users cannot download copy-protected content, the lengthy download times where you have to keep your iOS device on and cannot use it for other things while downloading is active, and the fact that it only works with the more recent Ethernet-connected TiVos (Premiere, Premiere 4, Premiere XL4 and Premiere Elite). 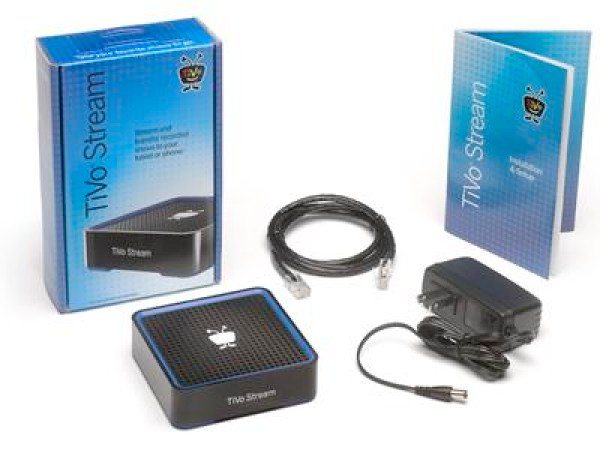 Also at present the TiVo Stream is only suitable for iOS devices, leaving plenty of customers using the Android platform still waiting. This is all according to Wired who explain more about each of these factors and also point out that if you want to stream live TV you have to start a recording first so there are loose ends later with partial recordings. In conclusions Wired points out that the TiVo Stream is a useful way for transferring content to a mobile device although it’s a shame this can’t be done without splashing out for an add-on box. It’s possible of course that the TiVo 5 may have this new ability built-in.

You can see more about the TiVo Stream at the TiVo website here. We’d like to hear your thoughts on the TiVo Stream. Does this appeal to you? Maybe you think it’s a lot of money to pay out and doesn’t justify the expenditure? Let us have your comments on this.