If you are over in China and have been hoping Nokia would deliver a Chinese version of their Nokia Lumia 920 flagship handset, it appears that your hopes have been awarded, because the Windows Phone 8 smartphone will be coming to Chinese shores sometime next month on China Mobile. 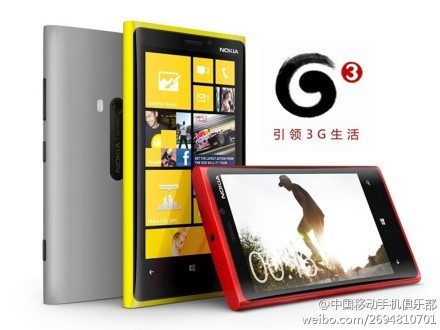 Apparently if the Lumia 920T does indeed land next month in China, it will be one of the shortest periods passed between the release of a smartphone elsewhere other than China and the device becoming available in China, which probably means old Nokia is taking the world’s largest smartphone market quite seriously.

Obviously there is no word on whether the Nokia 920T will come with the same specs and features at the Nokia Lumia 920 or whether it will be further customised for the Chinese market, and naturally no word on any pricing just yet.