Gaming in the mobile space is big business as there are many smartphone and tablet owners that user their device as a gaming console to get their gaming fix on the go, but touch screen devices do have their drawback when it comes to playing games. On mobile devices using your fingers to control a game usually has them getting in the way, but what if you has a small wireless controller so you didn’t need to uses your fingers on the display to control a game?

Rather than having to carry and use some bulky game controller when playing games on your smartphone or tablet there is a new device in the making that is called the iMpulse game controller and key finder, which apparently is the world’s smallest wireless controller for mobile devices including the iPhone, iPad and Android, along with also being a media controller and a key finder.

The iMpluse media gaming controller is tiny enough to fit on a keychain, which means you can also use your smartphone to locate your keys, and the controller has real trigger buttons and a thumbstick, along with the addition of a camera remote that enables you to snap an image with your smartphone in your hand. 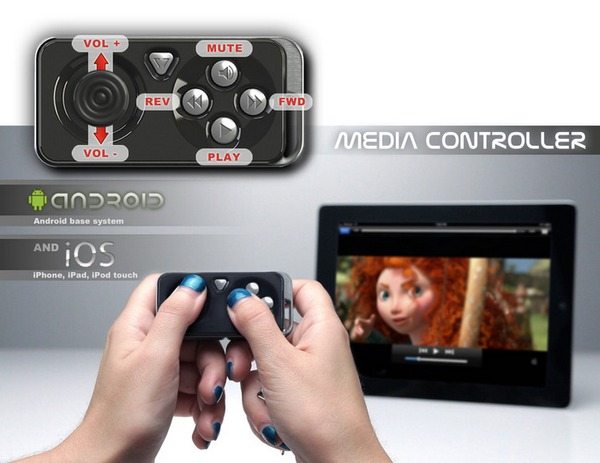 The iMpulse is compatible with a wide range of devices due to using Bluetooth 2.1, and will work with all current Android devices as well as all iOS devices including iOS 6 and the iPhone 5, and you can even use two iMpulse controllers on one device so you can do some head to head gaming.

Furthermore the iMpulse supports hundreds of games right out of the box, the only problem is you can’t get the iMpulse just yet because it is a Kickstarter project that was looking for a funding goal of $49,999; however the project has managed to overshoot that goal and garnered some $83,965, and as such will be funded as of the 4th of next month.

We have embedded the promo video for the iMpulse for your viewing consideration below, so don;t forget to mash that play button and check out the footage, and feel free to let us know if you will be purchasing the iMpulse gaming controller once it becomes available by dropping us a line to our comments area below.