Despite Google Playground being cancelled because of hurricane Sandy, the Google guys went ahead and officially announced the Google Nexus 4 and dished the details on the new Android smartphone. As 4G LTE is the future in the mobile space, most new smartphones that are brought to the mobile space there days include LTE functionality, but for some reason the Nexus 4 has forgone LTE.

The Google Nexus 4 will thus come unlocked sporting HSPA+ only, and according to a report by The Verge, Nexus is Google’s flagship brand that they want direct control over the software on Nexus devices without carrier intervention, which means Google can’t offer an LTE smartphone without working with a carrier.

According to the article the Big Red and Sprint LTE networks have compatibility with 3G CDMA , and there isn’t any unlocked CDMA devices, whilst AT&T’s LTE network uses different frequencies than other global LTE networks, which basically means Google would have to deliver a custom handset for 77 US markets. 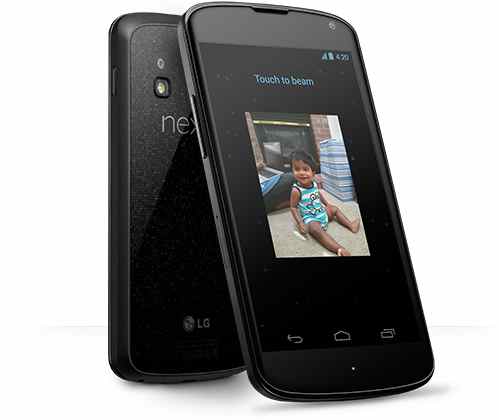 The lack of LTE on the Google Nexus 4 is a tactical issue according to Android chief Andy Rubin, with the major concerns being battery life and cost of handsets that support multiple radios, and says that a lot of networks that have deployed LTE are still hybrid networks, with devices requiring both radios. Rubin went on to say that when they did the Galaxy Nexus with LTE they had to do that and it was not a great user experience.

Since 2008 Verizon has offered their open development initiative that enables other companies to have devices on Verizon’s networks including LTE, but they are required to follow Verizon’s specs and certification process to do so, but the Verizon program would stop Google from delivering updates in a timely manner, as firmware is required to be tested and certified by Verizon beforehand.

As for GSM HSPA carriers the problem isn’t access but rather economic, with T-Mobile, AT&T and international carriers all allowing unlocked handsets on their networks, with AT&T stating they will allow unlocked devices to access their LTE network, but wont give any guarantee that everything will work or that the carrier would give technical support.

So basically the quantity of customers Google could reach with an unlocked Google Nexus 4 is somewhat on the small side, which would reduce an already small market to almost nothing, and although Google is getting serious on selling hardware, they don’t really want to compromise with carriers, which is basically the only way to deliver a device with LTE.

Rubin says that tactically they wish to ensure their handsets are available for every network on the globe, which means for now anyway the Google Nexus 4 will be an unlocked device for HSAP+ networks.

So there you have it, if you do purchase the Nexus 4 you obviously wont be able to play nice on an LTE network, could the lack of LTE connectivity be a deal breaker for you?