If you happen to be over in China there is a new Android smartphone that will be put up for pre-order next week, in the form of the Huawei Honor 2, with Huawei now having delivered the details on the new high end Android quad core ICS smartphone with impressive specs for the Chinese Android faithful

According to a report over on Engadget, the Huawei Honor 2 is coming out to play sporting a 4.5-inch HD IPS touch screen with a pixel resolution of 1280 x 720 with ppi bump up form the original Huawei Honor, with the Huawei Honor 2 having a 326ppi as opposed to the orginal’s 245ppi.

The Huawei Honor 2 also sports a Hass 1.4GHz K3V2 quad core processor, which is far better than the single core processor on the original Honor, and the Honor 2 comes with 8GB of internal storage along with 2GB of RAM, and microSD expansion up to 32GB, Bluetooth 3.0, and 802.11b/g/n WiFi. 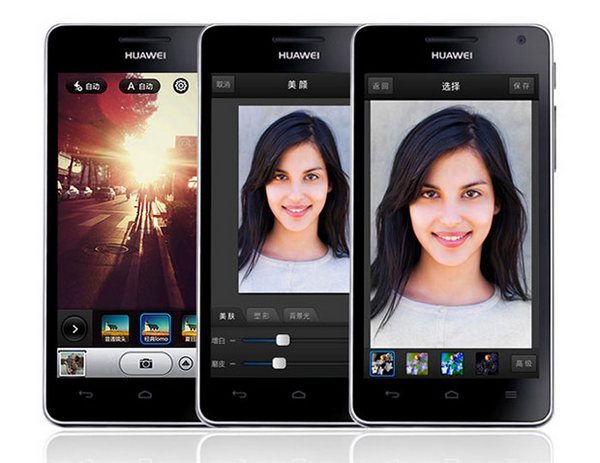 The Huawei Honor 2 is an Android Ice Cream Sandwich smartphone, and no word on whether the handset will see an update to Android Jelly Bean just yet, but the device does sport a BSI 8 megapixel rear facing camera with 1080p video and full burst shot mode, and a 1.3 megapixel front facing snapper.

The Android smartphone also comes sporting a 2230mAh replaceable battery that Huawei says offers up to 13-hours of talk time and up to 72-hours standby time. Whilst the handset measures 134 x 67.5 x 10.5mm with a weight of roughly 145 grams.

The Huawei Honor 2 should be available to pre-order as of the 1st of November and commands a price tag of 1888 yuan, which is roughly $300.