At the company’s iPhone event in September Apple announced they were going to release an update to its popular iTunes service by the end of this month, and this has obviously now come without any availability of new update. We now have news that the iTunes 11 release has officially seen a delay from October to November.

The company had promised to release its next update for iTunes in time for Halloween, but as iDownloadBlog are reporting this has now seen its release pushed back to the end of November, and mirrors what happened last year with a delay in the launch of iTunes Match.

In an official statement Apple revealed that the new version of iTunes was “taking longer than expected” and the company would need more time getting things as they should be before it is released.

The new version of iTunes is promised to bring an easier to use interface, with deeper integration into iCloud, which is now promised by Apple to come before the end of next month. Users will see all of their iTunes purchases put into their local library no matter which device they use to make the purchase. 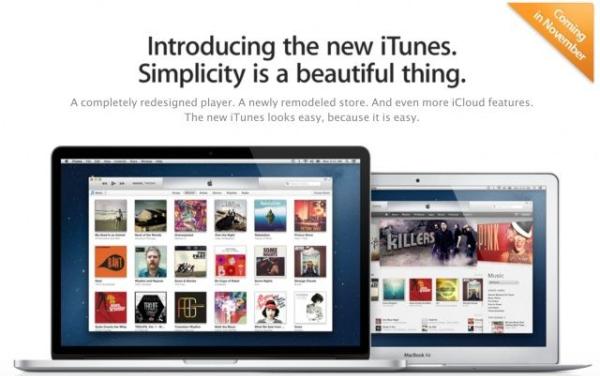 This will also mean that iTunes will remember where you may have left off in your favourite TV shows or movies no matter what device is being used, and will also allow users search across their entire iTunes library.

While any delay will disappoint some users it is better than having the update released to quickly and seeing problems with it, which is what has happened with the likes of Maps and Siri in the past. Obviously it has been a long time since Apple last updated iTunes, and there will be many users of service looking forward to seeing the improvements.

Have you been eagerly waiting for the next version of iTunes?

2 thoughts on “iTunes 11 release delay from October to November”