In the last week or so we have seen the tablet PC market getting even more crowded than it already is with a number of new products being announced by Apple and Google among others. Not all of the new devices are headline products though, but that’s not to say these are not worthy products such as the Archos 80 Cobalt Android ICS tablet we have for you today, but it’s not a head turner.

There is now a vast range of tablet PCs to choose from now that will meet most budgets and needs, but Archos has officially revealed the 80 Cobalt, that while not wining any awards for benchmark results, still offers a tablet device with some nice features.

The Archos 80 Cobalt tablet PC will come running the Android Ice Cream Sandwich operating system from launch, and this will be running on a dual core processor that is clocked at 1.6GHz. This is coupled with a quad core GPU but the company hasn’t revealed the maker of the processors.

It sports an eight inch capacitive touchscreen with 1024 x 768 resolution, which may not be at the iPad level of displays, but the device is likely not to cost the same amount of cash either. Unfortunately the company has yet to reveal any pricing for the device, but expect it to be nearer the budget end of the market. 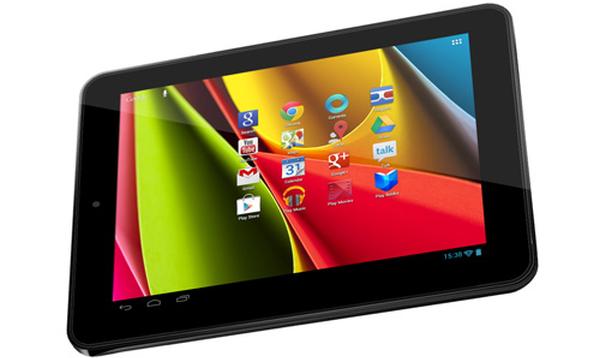 There is a two megapixel camera on the back of the device, while there is only 8GB of on board storage, but luckily this can be expanded by via the micro SDHC port, which is a nice feature on an Android tablet that many Nexus 7 owners would like to see.