News of the Sony Xperia Tablet S making its comeback comes our way courtesy of Know Your Mobile, with news that the Android Ice Cream Sandwich slate should be residing back on store shelves as of the middle of November in time for the holiday buying season, as Sony has now fixed the manufacturing problem, which isn’t expected to reoccur.

However, of course the Sony Xperia Tablet S now faces stiff competition in the tablet space from the Google Galaxy Nexus 10, and as such Phone Arena has pitted both Android tablets against each other in a spec comparison, so we thought we’d pass that comparison along to our readers so they can make their own conclusions. 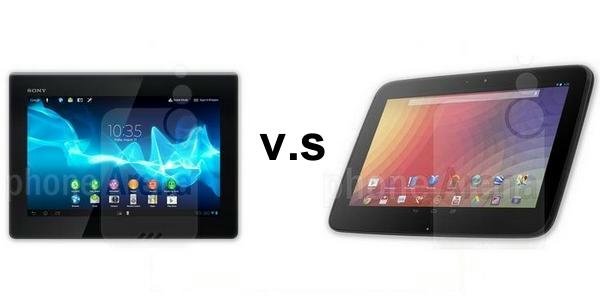 So there you have it, a quick spec comparison between these two Android slates, but which would you prefer the Google Galaxy Nexus 10 or the Sony Xperia Tablet S?