Verizon Apps closing in favour of Google, Amazon and BlackBerry

Way back in March of 2010, Verizon launched their applications storefront that offered simplicity, security and device optimisation for developers. However; the tech landscape has changed since then, and now developers and customers can interact like never before. As such the Big Red is evolving their strategy to meet the demands of tomorrow.

Therefore, Verizon has announced that the firm will begin removing the Verizon Apps application from all compatible Android and BlackBerry devices starting in January 2013 and expected to be completed by the 27th of March 2013.

However, Verizon has stated that most of the existing apps on Verizon Apps are already available on such application stores as Google Play, BlackBerry App World and Amazon. 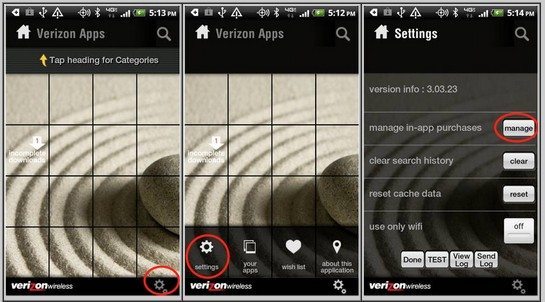 Furthermore, Verizon will be introducing a new application called AppLuvr, an application that helps a developer’s Android apps get discovered by a multitude of Verizon customers as part of the company’s new merchandising strategies.

During this transition, developers can still gain access to app metrics and reporting, along with receiving payments while the shutdown client is deployed.

The Verizon Apps storefront will close as of January next year, and applications that require a monthly license check will not work once the Verizon Apps client has been removed from customer devices. These include, all paid apps using the license/in-app SDKs, along with any apps sold with these billing models…

As of December this year, monthly subscriptions will halt on the customers renewal anniversary date, whilst in January next year Verizon Apps starts being removed from millions of devices that are in the market.

So there you have it, the Big Red is closing Verizon apps early next year in favour of Amazon, BlackBerry and Google Play.