Owners of the iPhone 5 will probably remember that a while back Apple’s latest iOS smartphone was reported as having a purple flare problem when snapping pictures. Well we all know that most new smartphones will come out with some issues, and it appears that the LG built Nexus 4 also hasn’t managed to get away with being released without any problems.

It now appears that the Nexus 4 is possibly experiencing the same purple flare problem that the iPhone 5 did, as according to a report over on Phone Arena, Chris Pirillo has posted a few Photosphere pictures captured with the Nexus 4 to his Google+ account.

And it does look like the Nexus 4 is somewhat prone to spitting out purple flare shots, although one does have to remember that this is just one photo from one users, so it might be purely down to user error rather than being a big issue for those that own the Android Jelly Bean smartphone. 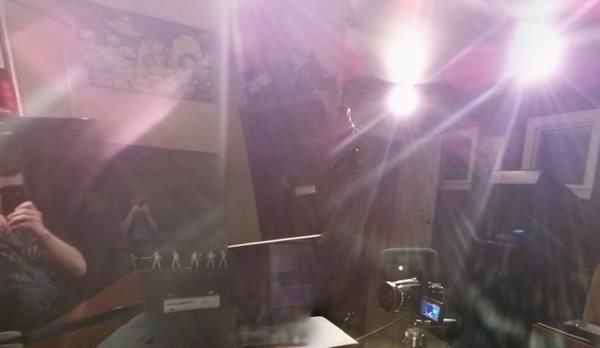 But if it does turn out that the Google flagship handset does indeed suffer the same purple flare issues as the iPhone 5, we wonder if Google or LG can come up with a fix for the camera problem.

Again those this could be just an isolated problem for this one handset, as we haven’t been able to find anyone else reporting this issue on the internet.

However, if the smartphone does have a purple flare problem, will it put people off purchasing the handset, considering the Nexus 4 does offer several good features, and well the camera doesn’t mean everything to everyone does it.

So we’d like to hear from any of our readers that have purchased the Nexus 4 to let us know if they have experience any problems concerning the camera, purple flare issue or not, so feel free to let us know by dropping us a line to our comments area below.