Before Google officially announced the Android 4.2 Jelly Bean update recently there was some that thought the next update would be titled Key Lime Pie, obviously this wasn’t the case and we were treated to the new features of Jelly Bean. Now though there are reports that Android 5.0 Key Lime Pie has supposedly been seen running on a Sony Xperia T in some benchmark tests.

While we are still hearing of some users of the Nexus 7 experiencing problems with the Android 4.2 Jelly Bean update, and the software is only available on a tiny fraction of Android hardware, but this hasn’t stopped a rumour of Android 5.0 Key Lime Pie emerging.

An article over on the Android Authority is reporting that Android 5.0 has emerged running on a Sony LT30i that is a variation of the flagship Sony Xperia T, and seen on the NenaMark benchmark test. The handset allegedly used for the testing features a Qualcomm Snapdragon MSM8260 processor clocked at 1.6GHz alongside a Qualcomm Adreno 220 GPU, which is very similar to the Xperia TL found on US carrier AT&T. 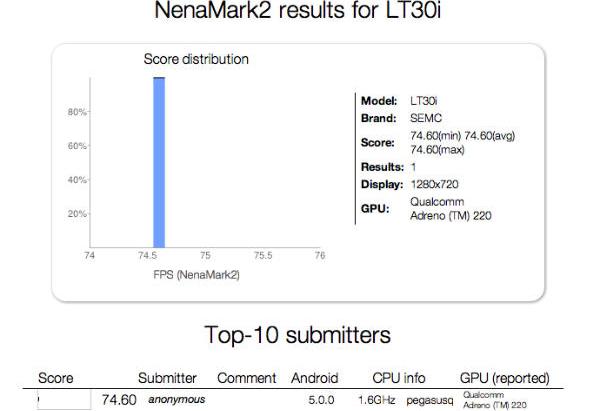 This has to be taken with the usual large pinch of salt as the benchmark figures could easily be faked, as you would have thought we are many months away from seeing Android 5.0 revealed. It is doubtful the company will announce the software before Google I/O next summer, but with Google anything may be possible.

Do you think these benchmarks are the real deal?