BlackBerry 10 camera shown off on video

No doubt the BlackBerry faithful are patiently awaiting Research In Motion to deliver their saviour smartphones in January of next year, and as that time draws even closer we get to see a few things about the BlackBerry 10 devices hit the net. We recently posted an image comparing a BlackBerry 10 L-series handset with other top smartphones, and now we have a video demo of the BlackBerry 10 camera for your viewing consideration below.

The Canadian company has said that BlackBerry 10 will launch at an event on the 30th of January 2013, and RIM is hoping their BB10 devices (two of which will be shown off at the event) will capture a large enough audience to turn RIM’s smartphone fortunes around.

The camera plays a big part on most smartphones, and Research In Motion, although doing a good job with the camera on BlackBerry handsets, they don’t really compare to the camera found on the likes of the Samsung Galaxy S3 or the iPhone 5. However perhaps the new BlackBerry 10 handsets will see improved camera and software. 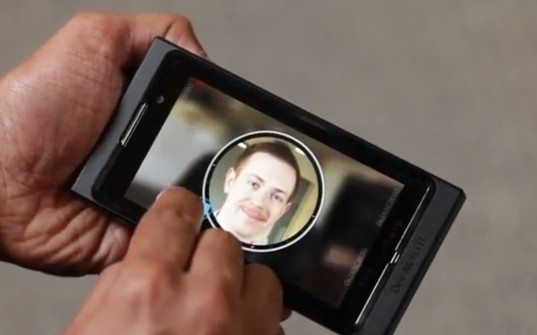 In the footage senior product manager of multimedia at BlackBerry, Arun Kumar talks about what can be expected with the BlackBerry 10 camera, and in particular how the time shift feature works, which apparently enables the user to move forward or reverse in time to make sure that both eyes are open or the subject is smiling in the picture, and works on multiple faces.

The video below doesn’t last long but gives you a quick idea on how that time shift feature works, however if there’s one feature Kumar is really excited about with BlackBerry 10, it’s the overall multimedia experience.

Anyway enough from me, hit that play button below to check out that BlackBerry 10 camera footage and demo of Time Shift…enjoy.