Just over a year ago saw the passing of the former Apple CEO Steve Jobs at the age of only 56, and you didn’t have to be an Apple fan to have heard of the man and respected what he had achieved with the company. Today we can tell you that the movie that sees Ashton Kutcher star as Steve Jobs will have its premier at Sundance 2013.

You may be aware that there will be at least two Steve Jobs movies on the cards with Sony having the rights to one, and the other being from an independent producer that has been shooting for a number of months now.

As The Huffington Post are reporting the indie move that stars Ashton Kutcher as Apple CEO Steve Jobs, will make its long awaited debut at the 2013 Sundance Film Festival in January 2013. The festival will be taking place from the 17th of January for ten days ending on the 27th, and will be staged in Park City, Utah.

The film was first revealed back at the beginning of April and that Ashton Kutcher would be taking the lead role as Steve Jobs himself, and as you can see from the official image from the movie below you can see an uncanny resemblance to the Apple CEO in his younger days. 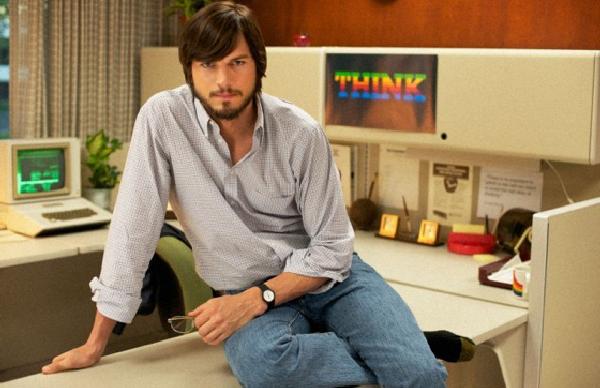 It is not currently known when the movie will reach a cinema near you though, and the Sony backed movie written by Aaron Sorkin is thought to be a long way off the start of production. The jOBS movie will be the closing night’s film at the festival and is one of eighteen premieres taking place during the ten days.

The film follows thirty years of the life of Steve Jobs as he helped to build Apple to the mighty company we now know today until his sad passing in October of last year. Will you be going to see jOBS?