The Google Nexus 4 smartphone made by LG has been overwhelmingly successful since its release in November through the Google Play Store. In many regions it sold out within hours of becoming available and since then although new stocks have sporadically arrived they sell out just as quickly. However spare a thought for those in countries where the Nexus 4 hasn’t yet officially released. In India for example there is growing irritation about imported Nexus 4 pricing and release uncertainty.

At the beginning of December we discussed the situation for those in India who wanted to purchase the Nexus 4. Because the phone has not officially launched there the only way to get hold of the phone at the moment is through retail websites that have managed to get hold of imported units. We noted then that the prices were steep though with eBay selling the 8GB model for Rs. 23,490 and the 16GB model for Rs. 27,490. Other websites such as Tradus and Probus, were listing the 8GB Nexus 4 at a price of Rs. 34,500. Saholic was another online retailer in India that was listing the 16GB model but no price was available at that time although it was listing the availability date as January 15, 2013.

We asked readers if they were willing to pay these inflated prices. For instance the Tradus price of Rs. 34,500 works out as US $635 when in fact it sells for $299 there. We had plenty of comments about this from our readers in India and many of you were dismayed about the extremely high pricing for the Nexus 4 there. At least one reader said they would be willing to pay these prices to get the Nexus 4 in India but the vast majority said they would not buy it there unless LG launches it at a much more competitive price with many of you feeling between Rs. 18,000 and Rs. 23,000 would be reasonable. 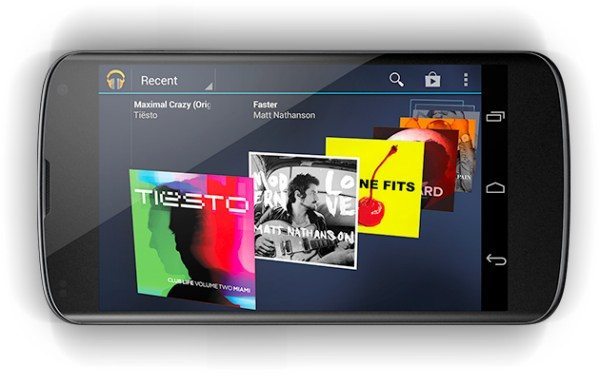 The lack of information from Google and LG about an official launch in India hasn’t helped either as some people are unsure when or even if this will happen and so have begun paying the vastly higher prices. Because online retailers can get these amounts for the phone they are only too willing to carry on selling them for inflated amounts. Prices on eBay India for example have now risen from the amounts quoted above to Rs. 25,990 and Rs. 29,990 for the 8GB and 16GB models respectively, according to Ciol.

It’s understandable that some potential Nexus 4 customers in India are becoming frustrated with this situation and some of you seem to feel that Android enthusiasts in India are being ignored and even being treated disrespectfully by Google and LG. We’d really like to hear from our readers in India about this.

Are you willing to pay a higher price for an imported Nexus 4 just to get hold of it as soon as possible, even though you may not be happy about the pricing? Maybe you’re going to wait for an official launch and see how much it will cost then? Perhaps the whole saga has put you off and you’ve chosen a different new smartphone instead? Let us know by sending your comments.