Surface smartphone could be next on the agenda for Microsoft

Microsoft has put everything it has into the release of Windows 8 and its accompanying mobile platform Windows Phone 8, and the project has been highlighted as the biggest redesign in Microsoft’s history. Windows Phone 8 is supported by an impressive line-up of new devices which will run the new software, including the HTC 8X and Nokia Lumia 920, as well as tablets created by manufacturers such as Samsung, Asus and more prominently — Microsoft itself.

While the company has dabbled in hardware before – the hugely successful Xbox and somewhat ill-fated Kin phones being the most notable examples – the advent of the Surface tablets has sparked speculation that the firm may also be working on a Surface smartphone. The fact that Microsoft has introduced tablet devices to showcase the new version of Windows means the creation of a Microsoft-branded smartphone could also be on the cards. And, if its new platform takes off, producing a handset could be hugely beneficial for the company.

A Surface smartphone would also complete Microsoft’s attempts to produce a fully connected ecosystem allowing a range of devices, such as smartphones, tablets, laptops and PCs to integrate efficiently with each other and wirelessly share data.

What does this mean for manufacturers?
The move to producing its own hardware could also indicate Microsoft’s intention to create even more devices in the future eventually adopting a similar business model to Apple, which has remained in firm control of both its software and hardware. However, a move of this nature could arguably jeopardise Microsoft’s partnerships with manufacturers such as Samsung, HTC and Nokia as producing its ‘own-brand’ smartphone would place it in direct competition with them. 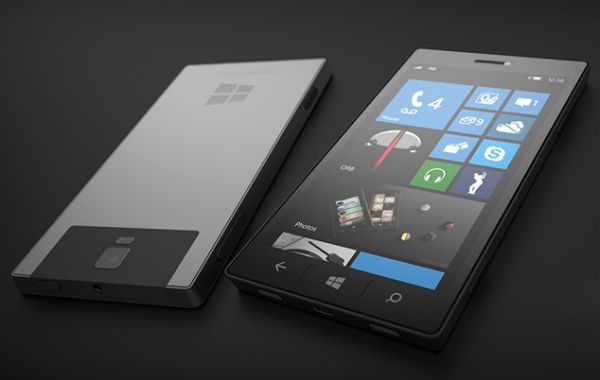 Nokia could potentially become alienated as it looks to re-establish itself as a key player in the smartphone market, despite putting all its efforts into Windows Phone, with many arguing its first Lumia series helped propel Microsoft’s mobile OS into the limelight. This follows on from a similar situation with Google’s Nexus project, which has already seen the release of Google-branded devices running ‘pure’ versions of Android, dispensing with the user interface ‘skins’ that manufacturers often use to put their stamp on their Android devices.

Google recently bought the mobile arm of Motorola and is said to be working closely on the manufacturer’s up and coming smartphones, so a move into producing hardware of its own is not beyond the realms of possibility. But, as in the case of Microsoft, Google is partnered with the likes of Samsung and HTC, which also produce Android devices. As Samsung is the world’s biggest producer of mobile phones it’s responsible for a huge percentage of Google’s market share. Unsurprisingly, Google isn’t likely to risk losing this partnership.

What’s next?
While it’s unlikely Microsoft will release its own smartphone during the first round of Windows Phone 8 devices it certainly looks like it has entertained the idea of producing its own handset, but could be waiting to see how well the Surface tablets and Windows Phone 8 platform is received by consumers before taking on a hardware project as large as this. The competition in the Windows Phone 8 market looks only to get fiercer so it would make sense that Microsoft follows on from its current software and hardware innovations with a Surface smartphone. But, could its drive towards a fully established ecosystem come at a hefty price to other manufacturers? This remains to be seen and will become clearer once the Windows 8 platform is fully established.