So let’s kick things off with that Nokia Lumia Play, a device designed by Antonio Celestino, who describes the Nokia Lumia Play as an Xbox Phone, and this Windows Phone 8 device sports twin gaming pads on the back of the device that extend outwards to improve your gaming experience. 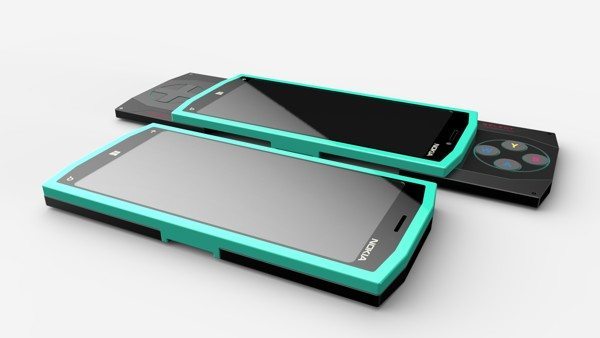 The Nokia Lumia Play would pack a HD 1139 x 640 pixel resolution touch screen along with Gorilla Glass protecting the display and sports a 10 megapixel rear facing snapper with full HD video capture along with a 5 megapixel from facing camera with 750p video functionality.

The handset would also pack the ability to interact with your Xbox 360 console, and offer both action buttons and directional pad along with a couple of shoulder buttons, and would be just 7.6mm thick with quite a few straight lines and edges, but no other specs have been mentioned.

Moving on to the Nokia Lumia 950, a concept by industrial designer Zelig Fok, that offers a both back and front curve design with both the top and bottom of the device said to be able to change colour and light up when a notification arrives and clear when notifications are off, and apparently the entire handset is wrapped in glass 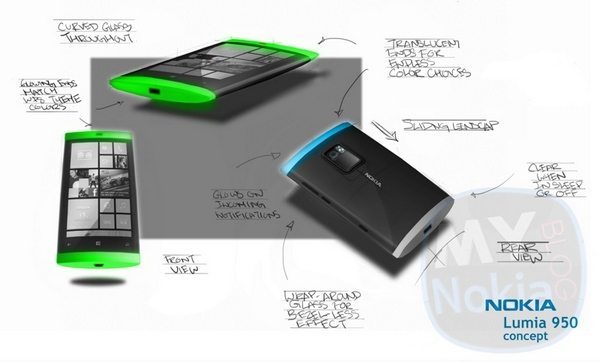 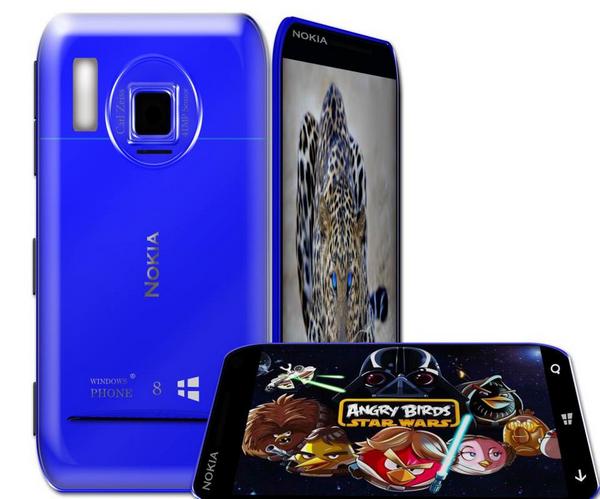 The Nokia Lumia 909 PureView would come with a 1.7GHz Snapdragon S4 dual core processor running the show along with an Adreno 320 graphics processor, whilst the smartphone would pack a massive 41 megapixel auto-focus camera with Carl Zeiss optics with 10x digital lossless zoom, improved low light and noise reduction, and Xenon flash.

The device would also offer 64GB of storage along with microSD expansion and 7GB of Skydrive storage, Qi wireless charging, a 2500mAh battery and all housed in an 8.5mm thick shell that weighs 180 grams.

Do any of these Nokia Lumia concept designs float your Lumia Windows Phone 8 boat?