Old Sammy isn’t new to the game when it comes to dealing with fighting a ban of their devices, as we all know Samsung had been at legal loggerheads with Apple over claimed patent infringements for quite some time. However there are other firms that are also going after Samsung with a view to get Sammy gear banned from sale, and it appears LG is the latest to attempt to get an injunction against Samsung.

A report over on English Capital has it that South Korean display maker LG Display has filed an injunction against rival Samsung asking for a ban of the Samsung Galaxy Note 10.1, and claims that the Android tablet infringes on LG patents.

This is the latest move in the ongoing confrontation between LG Display and Samsung Electronics, and follows a lawsuit that was filed by Samsung Display Co back on the 7th of this month that claimed LG infringed seven of Sammy’s liquid crystal display patents, and LG has responded by claiming Samsung infringe on three of their patents and have asked for the Note 10.1 to be banned from sale in the country. 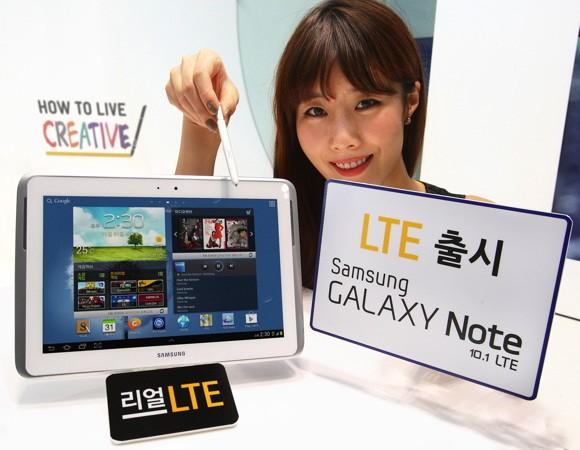 In a statement LG Display has stated they are seeking the complete halt of sale, manufacture and importation of the Samsung Galaxy Note 10.1 and is looking to be awarded some one billion won, roughly $933,000 in damages a day if the Note 10.1 continues to be on sale.

The LG patents at issue in the lawsuit are to do with viewing tech embedded in display panels that enhance the viewing quality regardless of the viewing angle.

Naturally Samsung deny any infringement of LG patents and has stated that the company’s claims are unjustified.

So there you have it yet another legal battle for old Sammy to contend with, but no doubt this latest lawsuit will take quite some time to sort out like most of these legal fights, so whether we will actually see a ban of the Samsung Galaxy Note 10.1 come into force remains to be seen.

Of course both company’s could simply get around a table and thrash out their differences and reach an agreement out of court, but these days that simply doesn’t seem to be the preferred route of action and firms would rather fork out large lumps of cash, which they obviously have plenty of, to their legal teams.

Not being that legally minded, I’m not too sure if LG Display actually are successful in getting the Note 10.1 banned from sale whether it will only apply to Korea or elsewhere in the world as well.