One of the most popular tablet purchases of 2012 has been the Google Nexus 7 made by Asus. This was released in July running the brand new Android operating system at the time, 4.1 Jelly Bean and then 4.2 Jelly Bean became available for the pure Android Nexus device. However the Nexus 7 hasn’t been devoid of problems and we have previously spoken of reports that some units are getting hotter as well as some problems that hit the Nexus 7 after the 4.2 update. It seems that some Nexus 7 users have been hit by a charging problem and we have some details for you of a tip to fix this issue.

Back in November we told readers that the 4.2 Jelly Bean update seemed to have caused some real problems for readers using the Nexus 7 device, with some owners reporting Bluetooth issues, oversensitive autoscreen brightness, the December bug, system suddenly rebooting and much more. By the end of November we were able to tell you about the Android 4.2.1 update and the fact that the rollout meant the Nexus 7 would be receiving fixes for some of the bugs and issues that had struck it. However another issue has been brought to our attention and we have news of what looks like an easy fix for some readers who may be encountering a battery-charging problem.

Droid-Life reports that according to Android Central forum posts a number of people have noticed a Nexus 7 charging issue since 4.2 Jelly Bean. In these cases it seems that letting the device run completely dry or just leaving it idle for long amounts of time, can lead to it being difficult to turn back on or getting it to recharge again. The worst issues seem to occur when the Nexus 7 has been allowed to completely drain of battery power and then when it is connected to a charger the screen simply flashes. In these cases users have found that no amount of button pressing will get the device to turn back on. 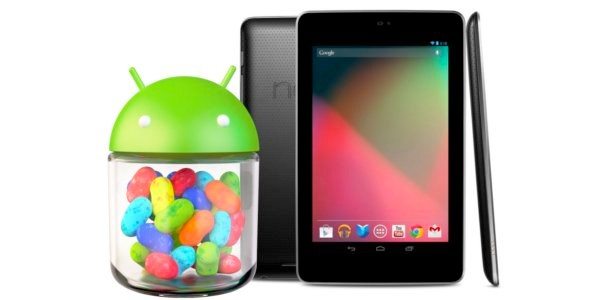 However the team at Droid-Life have come up with a fix that worked for their Nexus 7 device and although we can’t guarantee it will also work for yours, it’s certainly worth a try. If you have a dead Nexus 7 then you first need to plug it in to a wall charger and then instantly press both Volume Down and Power simultaneously. At this point you should be able to see the bootloader menu although you may need to experiment with timing and chargers before you see it. Once you can see the bootloader menu you need to hit Volume Down and you will eventually see Power Off Device. Select this with the Power button and once the device turns off then first disconnect the charger and then reconnect it to the device. Hopefully at this point you will see the battery meter showing signs that your Nexus 7 is finally charging again.

Thanks to Droid-Life for that and we really hope that for those readers who are facing the problem of a dead Nexus 7 this fix works. The best other advice is to not let your Android Nexus 7 completely drain and to start topping it up if you see if fall as low as around 10% battery charge to avoid the problem in the first place. We’d really like to hear your thoughts on the Nexus 7 and subsequent problems from 4.2 Jelly Bean. Are you still facing issues such as this battery-charging problem? Maybe a completely different concern has beset your Nexus 7? Let us know with your comments.