Despite previous comments by the late Apple CEO Steve Jobs about seven inch tablet PC devices, this sector of the market has grown significantly in the last few months with an ever increasing range of devices to choose from. Earlier today at the CES 2013 event Acer announced the Iconia B1-A71 tablet, and we are now comparing it to market leader in the seven inch sector, the Nexus 7.

The company has revealed its new seven inch tablet PC that is expected to be launched later this month in India with a price tag that works out at around $150, which then puts the device into the Asus Nexus 7 territory.

Display
The Nexus 7 uses a 7-inch display that offers a resolution of 800 x 1280, while the Acer Iconia B has a WSVGA capacitive multitouch screen with 1,024 x 600 resolution display. 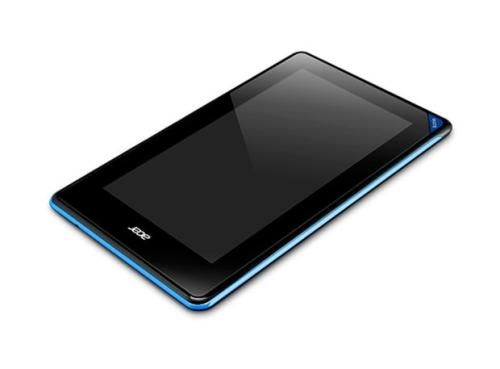 Storage
While the Nexus 7now comes in either 16GB or 32GB storage options with neither models expandable, which compares to the Acer that comes with only 8GB of on board storage but is expandable by a further 32GB via the microSD card slot.

Operating system
These are both Android Jelly Bean tablets but the Nexus 7 is currently running the most recent 4.2 version of the operating system.

Camera
The Acer only comes with a 0.3 megapixel webcam while the Nexus 7 features a 1.2 megapixel front facing shooter that is also capable of 720p video capture.

Battery
The Acer uses a 2,710 mAh battery pack which compares to the 4,325 mAh battery found on the Nexus 7.

Connectivity
The Nexus 7 now comes in either Wi-Fi or Wi-Fi+3G options while the Acer Iconia B1 is only available with the option of Wi-Fi connectivity, and both devices offer Bluetooth 4.0 technology.

Will you be considering the upcoming Acer Iconia B1?