Chatter about flexible display technology coming from Samsung has been going on for quite some time now. And during CES 2013 in Las Vegas, the South Korean company showed off that flexible display tech that is called Youm, which is said to deliver better contrast and colours in a super thin form factor using OLED tech.

According to a report by Cnet, at Samsung’s keynote at CES 2013, the firm’s senior vice president of Sammy’s display lab in San Jose, California, Brian Berkeley showed a prototype handset that featured one of the Youm displays, which was bent around the sides of the device so the user can see updates on the sides.

Furthermore during that keynote old Sammy showed a concept video showing off just how Samsung Youm displays could be, in which one guy picks up a folding wallet style phone-like device, and then another guy comes along holding what looks a bit like a remote, he touched a button and a tablet-like screen shoots out. We have that video for your viewing consideration below, so don’t forget to check out the footage. 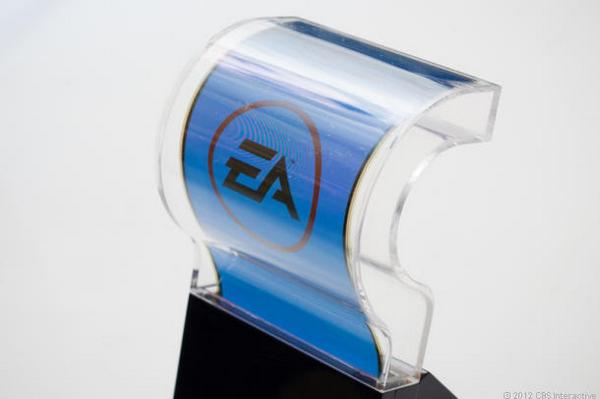 The displays are of course just concepts for now, but they do promise to change the future form factors of smartphones and tablets. Sammy uses OLED tech to give the screens what they call deeper blacks along with a higher contrast ratio with better power efficiency than traditional LCD screens.

During the event Samsung did show a small group of reporters a close up of the Youm displays that were apparently showing videos and still images, although touch interaction wasn’t available as the screens were not hooked up to a processor. However the company was keen to show off the form factors that included one that most have already become familiar with, a display that has been bent like a question mark, and a simpler design that have a small curl on the edges.

Have to say that mobile device form factor could change radically if or when old Sammy ever gets devices sporting the Youm flexible display out into the mobile space, and could change the face of devices as we know it today, but unfortunately Samsung hasn’t revealed when we can expect a Youm display device to hit the mobile arena.

Are our readers excited to see what Samsung can come up with using Youm flexible display technology?