The Nokia Lumia 920 is a very attractive smartphone and has introduced more consumers to the Windows Phone 8 operating system as Microsoft bids to increase its popularity. One of the most appealing factors of the Lumia 920 is a choice of bright color options but when it released on Rogers in Canada the carrier only offered it in the dreary black variety. Now though the Rogers Nokia Lumia 920 is to get three new colors so that customers can spice things up a little.

Rogers has announced that it will offer the Nokia Lumia 920 in the additional colors of red, white and yellow within the next few weeks at Rogers stores. As well as this, existing customers can also reserve the Lumia 920 in these added color options through the Rogers Reservation System. Those who choose to do this will be required to pay $40 as an upfront deposit and the Lumia 920 in red, white or yellow will cost the same as the black model that is currently available. That’s $99.99 on a three-year contract or $599.99 with a monthly plan.

Rogers has taken into account how customers have been patient waiting for Lumia 920 color options and given customers a bonus in the form of a contest. If you want to enter the contest head here where you’ll find all the rules and need to say which color option you prefer for the Lumia 920 and what it is you most look forward to from the phone. Three winners will be randomly selected when the contest closes at noon on January 31 and will win a colorful Lumia 920 in red, white or yellow. 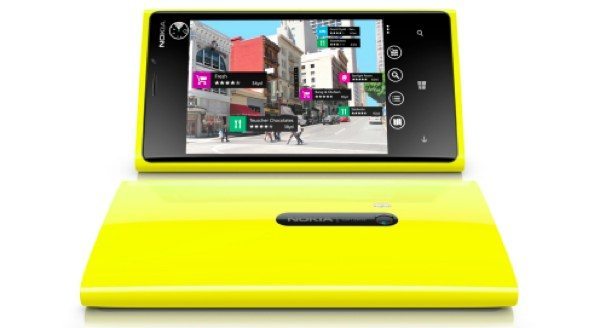 The additional color options were announced through the Rogers RedBoard where a statement tells how the company has listened to customer demand for the Lumia 920 in a variety of colors so it’s nice to hear of a major carrier taking note of what its customers want. As a brief refresh we can you that the Nokia Lumia 920 has a 1.5GHz Qualcomm dual-core Krait processor, 4.5-inch IPS LCD display with resolution of 1280 x 768 and 332ppi, 1GB of RAM and 32GB of internal storage (non-expandable). It also sports an 8-megapixel rear camera with PureView technology and 1080p video capture, a 1.3-megapixel front-facing camera and 2000 mAh non-removable battery and it runs on the Windows Phone 8 OS.

We’ve embedded a video of the Nokia Lumia 920 below this story so you can get a better idea of what it looks like. We’d like to know if you’re a Rogers’ customer who has been waiting for the Nokia Lumia 920 to be available on the carrier in different colors? Which color will you opt for? Send your comments to us about this.

One thought on “Rogers Nokia Lumia 920 gets three new colours”