The use of guns in the US has been grabbing the headlines recently with the tragic events that took place in Connecticut, but the release of a recent application onto the iOS platform has caused a lot of anger among some watchers, and we are now looking at the NRA app shooting game and age limit arguments.

Last week the new NRA target practice game for iOS was released and has caused outrage among some regarding the App Store age rating. Originally it had a rating of 4+ but following an outcry this has been now raised to 12+ with a because of “Frequent/Intense Realistic Violence”.

The game allows players to shoot various targets but does contain some safety training and education information courtesy of the National Rifle Association. This also includes 2nd Amendment newsfeeds, gun law information, and a variety of educational information that users can access at anytime. 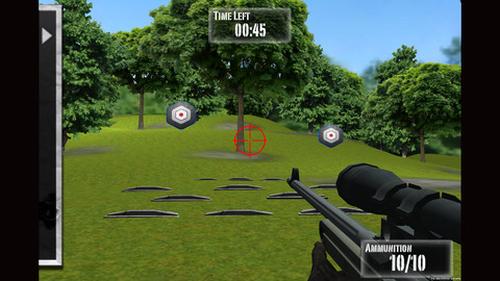 Users can read a number of safety and training tips as well as finding out how their rights vary from state to state, but the games description states it helps users to carry out safe and responsible ownership via a number of simulations and challenges. This is done by providing a balance between playing a game while learning about gun safety.

Also included in the game are nine different weapons, three levels of difficulty, analogue and gyroscope controls, three different firing ranges, and Game Centre integration. There will be many that suggest children can be exposed to games that are far worse than this NRA application, but maybe it’s just down to the timing of the games release.

The game can be found via the App Store as a free download but has got mixed reviews from users so far with some saying the controls are terrible. Now that the games age restriction has been changed the outrage over its release may die down a little, but this game was for age 4+ but has been changed to 12+, even so do you think a shooting game for 12 year olds is a little too low?