The Samsung Galaxy range of smartphones is extremely popular with the likes of the Galaxy S3 and Galaxy Note 2 leading the way ever since the company released the two handsets. There are many Android fans looking forward to the release of their replacements later this year, and today we have what could be a nice Nexus smartphone in the form of the Samsung Galaxy X.

We get to see a number of different concept phones from a variety of designers that try and imagine what various companies could come up with next. This is what a designer going under the name of Shahin Jazirian has done with the device that you can see below.

The handset could be an ideal successor to the Samsung Galaxy Nexus and be a mid-range offering with a 4.65-inch Super AMOLED HD touchscreen display powered by a TI OMAP 4570 dual core processor clocked at 1.7GHz. There is also 1GB of RAM under the hood with memory expansion possible via the microSD card port. 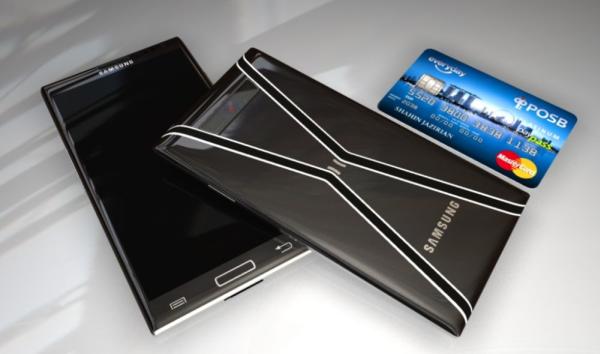 It also features either 16GB or 32GB storage options and supports 4G LTE, 21 Mbps HSDPA, NFC connectivity along with the usual Wi-Fi as well. Camera wise the concept features an eight megapixel rear facing shooter that is coupled with dual LED flash, and autofocus. It is also capable of Full HD video capture at 30fps, and around the front is a 1.9 megapixel front facing camera for all those video conferences.

It would obviously run the Android 4.2 Jelly Bean operating system, while according to Concept Phones the GPU is a PowerVR SGX555, and there would also be things such as an accelerometer, compass, gyroscope, and a proximity sensor. Providing that all important power is a 2,150 mAh battery unit that would allow up to sixth hours of use. Use the above link to see more images of the Galaxy X concept and tell us what you think of the design idea.

One thought on “Samsung Galaxy X could be Nexus heir”