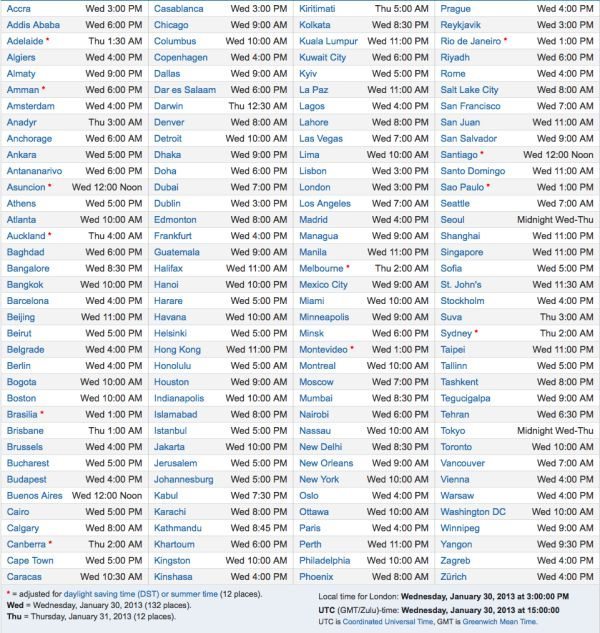 The BlackBerry 10 launch event kicks off tomorrow January 30th at 10am ET in New York (3PM UK), even though we have shown you these times we decided to give you worldwide times below, just look for your country and it will show the time next to it.

We also want to bring it to your attention that there will be live streaming via webcast as well, the whole BlackBerry 10 launch event will be streamed live covering apps, operating system and new devices (Hopefully this includes the BlackBerry Z10). RIM will be broadcasting live via New York and simultaneously in London, Toronto, Dubai, Paris, Delhi, Jakarta and Johannesburg.

This is a worldwide affair for RIM and they really need to turn heads and make this event special, we hope that they can climb back up the mobile market ladder by giving consumers the announcements they want to hear. We at Phones Review will be covering as much as we can to bring you all the news as it happens tomorrow, so please stick with us, you can follow us direct on this site or you can join us via Facebook, Twitter and Google+.

BlackBerry 10 has a lot of work to be right up there with the likes of iOS and Android, but we believe the new operating system and devices will and should top Windows Phone 8, time will tell. The live webcast will start at 10 am ET and can be watched via here.

Please do let us know what you are expecting via the BlackBerry 10 launch event tomorrow?