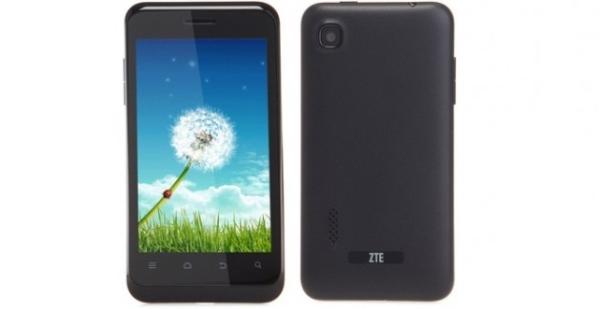 The Android platform is awash with handsets from various manufacturers that are priced at a variety of levels, and we are seeing more handsets offered at lower price points but with still some reasonable specs and features. One such device is the ZTE Blade C JB 4.1 phone set for release in China aimed at the budget conscious consumer.

ZTE has announced the Blade C handset that comes running the Android 4.1 Jelly Bean operating system, and for now it only seems available for consumers in China but the company is expected to offer the device in the European region at some point.

Obviously the specs are not high-end and the biggest pull will be the price of the Blade C, which is 699 CNY in China that works out at around â‚¬85 or $110. For this you get a handset that features a 4-inch WVGA touchscreen display powered by a MediaTek MTK 6577 dual core processor clocked at 1GHz.

Other specifications include 512MB of RAM with only 4GB of on board storage that is luckily expandable by a further 32GB via microSD card, 3G connectivity, Bluetooth 4.0, three megapixel rear facing camera, and a 1,600 mAh battery unit supplying the power.

The handset measures in at 124mm x 64mm x 11mm weighing only 110grams, but the biggest standout feature for the device is the low price with Android Jelly Bean in tow. The handset according to ZTE has been designed to “capture a larger share of the low-end market”, and at the time of writing there is no information regarding a release outside of China.