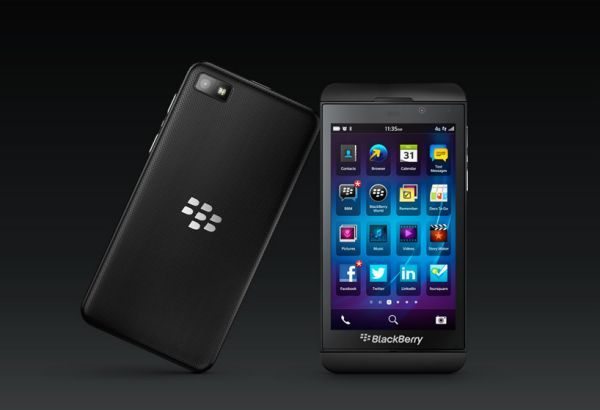 There’s been a lot of hype around the BlackBerry Z10 as it’s one of the first devices to launch featuring the all new BlackBerry 10 platform. And, despite some delays with the development stages of the software, BlackBerry’s latest offerings look to reaffirm the firm’s status in the smartphone market. BlackBerry’s new flagship is a large, full touchscreen device, which marks a radical departure from the trademark BlackBerry design we are used to, consisting of small displays and physical QWERTY keyboards.

Design
It’s clear from looks alone that the Z10 marks a radical departure from some earlier BlackBerry devices that felt bulky and badly built. The textured back panel gives the Z10 a premium, quality feel, and the minimal, slender form-factor makes the device really user-friendly. It’s very comfortable to handle making it easy to navigate around the interface with just one hand.

Screen
A headlining feature on the Z10 is the impressive 4.2-inch multi-LCD display, which is perfect for showing off the all-new BB10 mobile platform. Colours are rich and the application icons are crisp, making them really stand out from the screen. The display also offers great visual performance and depth of clarity, regardless of whether you’re looking at images or viewing videos, putting it on a par with other high-end devices such as the Sony Xperia Z or HTC 8X.

Under the Hood
Making sure everything runs smoothly is a 1.5GHz dual-core processor. Despite many flagship smartphones now being equipped with quad-core processors, the Z10’s dual-core chip powers the BB10 software with ease. Navigation around the user interface is smooth and there’s no lag when running a number of apps at the same time. There’s also 16GB of internal storage and a micro SD slot makes for even more space to store the abundance of new apps that launched alongside the mobile platform.

Operating System and User Interface
The new BB10 OS works on a gesture based interface where navigation and functions are all accessed by swiping across the display in various ways. BlackBerry has moved away from the idea of a homescreen to focus on multitasking, providing users with a constant flow of features, which can be accessed without the need to jump back to a starting point every time you want to open a new app.

BB10 brings all notifications into one easy to reach place, known as BlackBerry Hub. This feature informs the user where each notification has come from and what it relates to. BlackBerry Hub can be accessed from anywhere within the user interface with a swipe from the left of the screen (or up and to the right from inside an app). This is especially useful as it allows updates to be checked without leaving an app that’s currently open. With multitasking at the heart of the new mobile platform, this gesture navigation creates a feeling of flow (or BlackBerry Flow, as BlackBerry calls it) so each part of the phone’s functionality flows over the others as they are used. This gives a feeling that everything is going on at the same time, and can be accessed with just a quick a swipe.

Camera and Video
In the past BlackBerry devices have had weak cameras, but the Z10 boasts an 8-megapixel lens that produces high-quality images that are crisp and bright. But, thanks to an extra helping of innovation in the form of Time Shift, the camera functionality really comes into its own.

Put simply, if you take a picture and one of your subjects has their eyes closed at the moment the shutter button is pressed, Time Shift lets you highlight their face and shift the images back a few frames until they are open. The app then seamlessly merges this with the rest of the image. High quality video footage can also be captured at 1080p and proves to be smooth with a great level of depth.

BlackBerry Messenger has been revamped for BB10 and now includes BBM video, featuring the impressive built-in Screen Share functionality. Screen Share extends video chat so the display of one device can be broadcast to another. Whether you’re flicking though pictures or work presentations, the other connected user will be able to see what’s on the screen while continuing the call.

Verdict
The BlackBerry Z10 is certainly an impressive proposition and coupled with the intuitive BB10 software, has certainly equipped itself well to go up against the likes of Android and iOS devices. The changes have been a long time coming, but its premium design and feature-packed mobile platform is a clear indication that the Canadian manufacturer has really upped its game to mark what looks to be a successful new chapter with BB10.

To discover even more and see BB10 in action check out the BlackBerry Z10 review YouTube video below. Be the first to comment below and let us know what you think of the new BlackBerry Z10?

Author Bio: Written by Sarah Hazelwood of Dialaphone, the home of all the latest handset reviews.