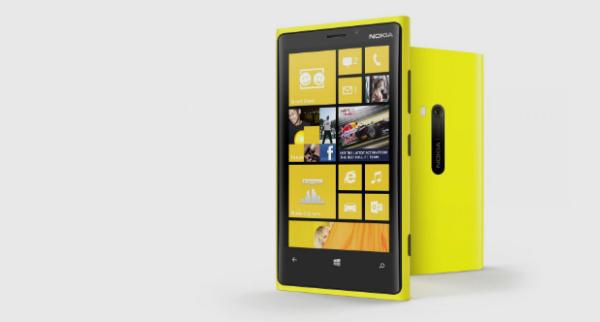 The new Microsoft mobile operating system Windows Phone 8 was launched towards the back end of last year, and early signs are good with mainly positive feedback from early adopters of the platform. Today for our readers in the UK we have news of the Nokia Lumia 920 and WP8 release on Vodafone in the coming days.

Back in December it was announced that more carriers would be offering the flagship WP8 device early this year, the Nokia Lumia 920. This followed exclusive deals in both the US and UK with Everything Everywhere getting exclusivity in the United Kingdom. Now Vodafone has officially announced availability of the Lumia 920 and other handsets on the platform in two days time, February 6th.

From Wednesday the carrier will also be offering customers the Nokia Lumia 820, Lumia 620, along with the HTC 8X and 8S. The Nokia Lumia 920 will be gaining the most attention with potential customers though as it is arguably the flagship smartphone on the platform.

The range of Windows Phone 8 handsets from Vodafone will be available via the carrier’s brick and mortar stores as well as online, but at the time of writing the company hasn’t revealed any of the price plans for the phones.

To recap the Lumia 920 features a 4.5-inch IPS TFT display with a resolution of 1280 x 768 and 332ppi pixel density, that is powered by a quad core Qualcomm MSM8960 Snapdragon Krait processor clocked at 1.5GHz with an Adreno 225 GPU taking care of the graphics.

There is also 1GB of RAM with 32GB of non-expandable storage, and camera wise the handset has an 8-megapixel rear facing unit, while around the front is a 1.3-megapixel shooter. Source: Vodafone. Will you be getting a WP8 handset from Vodafone?

One thought on “Nokia Lumia 920 & WP8 Vodafone release in days”