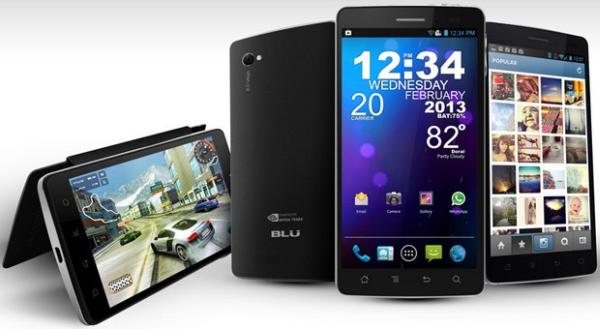 The Android platform has a growing range of slightly cheaper handsets that still pack a number of tasty specifications, and that can be certainly said of the Nvidia Tegra 3 powered Quattro Android smartphones that have appeared from BLU Products.

For those that have never heard of the company they are responsible for a number of handsets that are at the lower end of the price scale but with some nice features. The handsets will be available unlocked and priced around the $300 mark but still powered by the quad core Nvidia Tegra 3 processor.

The Quattro 4.5 as it names suggests has a 4.5-inch qHD display running Android 4.0 Ice Cream Sandwich on the Tegra 3 processor clocked at 1.5GHz. There is also 1GB of RAM with 4GB of on board storage that is expandable further up to 32GB via microSD card, and there is a five megapixel camera that is capable of 1080p video capture that will be priced at $249.99.

Next up in the range is the $349.99 priced Quattro 4.5 HD that has an Advanced Super View HD display with 326ppi pixel density. This also comes running Android 4.0 on that Tegra 3 chip but has an eight megapixel camera with an f/2.4 large aperture lens, and there is 16GB of storage that is again expandable by another 32GB.

Finally we have the Quattro 5.7 HD that has a display with a resolution of 1280 x 720 again using the Tegra 3 quad core processor with Android Ice Cream Sandwich. Internal storage comes in at 4GB but can be expanded by 32GB thanks to the microSD card port, and again uses an eight megapixel camera that can take 1080p video, and this is expected in March priced at an impressive $299.99.

All the handsets should easily be upgraded to Jelly Bean in time considering the internal components that will make them even more desirable to Android fans on more of a budget. Source: The Droid Guy. Do you think these smartphones are value for money?