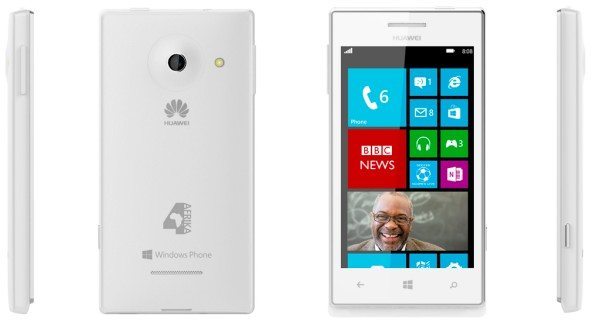 We seem to be increasingly hearing about new smartphones for emerging markets and today we have heard of yet another such device. The Huawei 4Afrika Windows Phone has been designed for Africa and will be part of a series of devices being launched for a Microsoft project titled the 4Afrika Initiative. The 4Afrika will be the first smart device in the series and as Africa is one of the fastest-growing technology markets in the world, it looks set to find a place in the market.

The 4Afrika Windows Phone will be launched in 7 countries later this month and those are Angola, Egypt, Ivory Coast, Kenya, Morocco, Nigeria and South Africa. It’s aimed at being an affordable handset for first time smartphone owners, students, small businesses and developers and from what we can see of the design (above) it actually looks pretty stylish and more of a high-end device.

There are four color options, black, blue, red or white and specs include a 1.2GHz Snapdragon dual-core processor, 4-inch display with resolution of 800 x 480, 4GB of internal storage and front and rear-facing cameras. The casing is 10mm thick and the 4Afrika has built-in power-saving technology so the battery capacity should give users 420 hours of standby time. There are also pre-loaded custom apps for African consumers and the Windows Phone Store will also have a market-specific store so that African consumers can download locally relevant content and apps.

One thought on “Huawei 4Afrika Windows Phone designed for Africa”