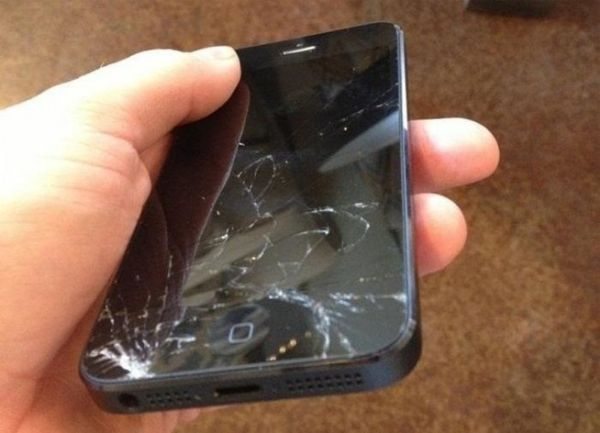 A cracked screen doesn’t seem to be a good enough reason for some phone owners to get their handsets fixed, as a new study by a leading mobile phone insurance website in the UK has revealed that as many as 1 in 4 iPhone owners are currently using their handset with a smashed, cracked or broken screen.

www.MobileInsurance.co.uk was prompted to carry out the poll after noticing an increase in the number of claims involving various iPhone models and broken screens. The site polled 2,471 iPhone owners from around the UK, aged 18 and over, and asked them questions about the condition their handset was currently in.

When asked to rate the condition of their iPhone, 1 being ‘very poor’ and 10 being ‘perfect’, the average answer given by respondents was ‘5 — average’. When asked if they had experienced any technical problems with their handset since owning it, more than half, 51%, said ‘yes’. The most common problem for these respondents was the ‘home screen freezing’.

All those taking part were asked the question, ‘Is your iPhone screen currently broken, smashed or cracked in any way?’ to which a quarter, 23%, said ‘yes’. When asked how long it had been broken for, the average answer stated by respondents was ‘6 months’. All those who had said that their screen had been broken for a month or longer were asked why they were yet to get it fixed, to which the most common answers were as follows:

When asked when they thought they’d get their screen fixed, almost a third, 31%, admitted they ‘probably wouldn’t bother’.

“Screen breakages on all models of the iPhone are commonplace, so the number of people admitting to using their handset with a cracked or smashed display wasn’t so much of a shock. However, it is a surprise to see that the average person with a broken screen on their iPhone has been putting up with it for 6 months.

“Phone insurance is always worth taking out, because just a few pounds per month can cover you for all matter of accidents and situations. Protecting your iPhone in the first place, both with a good insurance policy and a protective cover, is the best option to avoid paying out a huge chunk of money if you drop your phone face down on the pavement!”