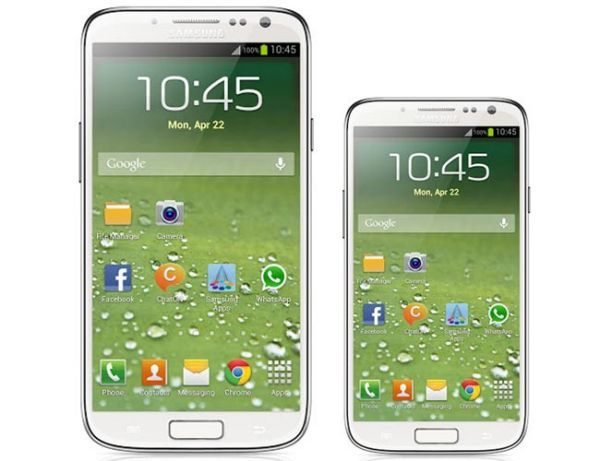 The Project J line will bring 3 new devices; if all true this will include the Samsung Galaxy S4, the SG S4 Mini and Samsung’s answer to the Apple iWatch. So that means three new devices will be released under Project J, the third device is unknown but it could be a new watch according to sources.

Two of the devices are confirmed according to SamMobile and that includes the Galaxy S4 GT-I9500 aka Altius (Project J) and the other is the Samsung Project J Mini aka Serrano, which is the Samsung Galaxy S4 Mini, the mini will not be able to use the wireless charging dock.

We have also found that there are a few accessories as well and these include Project J Altius: Clear Cover, Flip Cover, Extra Battery Kit, Battery 2600 mah, Protective Cover, Wireless Charging Kit, HDTV Adapter, Pouch and Headset. Then we move onto the Project J Mini Serrano, which includes a Clear Cover, Protective Cover and Flip Cover. Last but not least in the accessory line is the Project J Active Fortius that includes an Arm Band, Bike Mount and Pouch.

So what can we expect from the new smartphones then? So far we believe the Samsung Galaxy S4 will hopefully feature a 4.99-inch AMOLED HD display, resolution of 1920 x 1080 pixels, we are hoping it comes with at least a 12MP camera and 2GHz Exynos 5 Octa processor, 2GB of RAM, 3100 mAh battery and Key Lime Pie OS but this is likely to be Jelly Bean.

We looked into this a little further and we found the Samsung Galaxy S4 has now shown up in the GLBenchmark, this is very interesting because it shows a non Samsung processor, it does show a quad core Qualcomm MSM8960 processor at 1.9GHz. The list also shows full HD display and 1920 x 1080 pixels, Android 4.2.1 Jelly Bean and a Adreno 320 GPU, this also shows a model number of SHV-E300S. 8-core processor anyone?

The Samsung Galaxy S4 Mini is set to have a 4-inch display and resolution of at least 1280 x 768 pixels, this is all we know at this given time. We suspect that the above devices will be announced at the Samsung Unpacked Event that kicks off March 15th, we have also reported via sources that the Galaxy S4 could hit the shelves as early as April. Please stay with us because we will be covering all the news that comes out of the event.