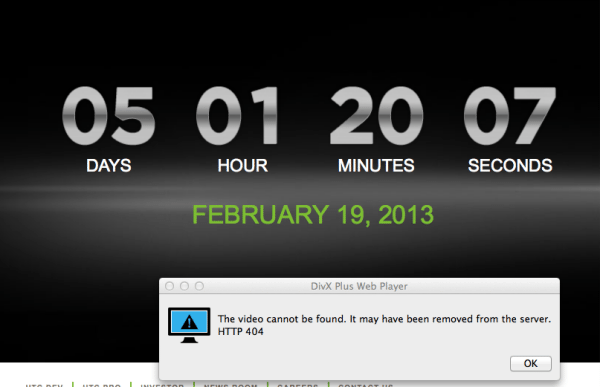 It is clear to say that February 19th is the day HTC will announce a new smartphone and there is no doubting that, but what we can doubt is the fact the HTC One aka M7 teaser video that is now showing on YouTube clearly misleads viewers.

The clip shown below here is titled “HTC M7 Final Teaser” and was uploaded by gaurav2328; this is clearly the case of a fan misleading those that want to learn more about the new HTC One (M7) and nothing more.

The HTC event will be kicking off in 5 days time and we have already teased you with a poster showing a body organ titled “HTC ALIVE” — If you visit the official HTC UK website you will see a counter, but the funny thing is when you go there a pop-up message appears via DivX Plus Web Player saying “The video cannot be found. It may have been removed from the server HTTP 404”. Does that mean there was a video and then it got removed?

There could have been a video over on the HTC website but the one shown above is none other that a fan misleading readers and watchers, it is as simple as that, unless gaurav2328 can contact us and prove us wrong.