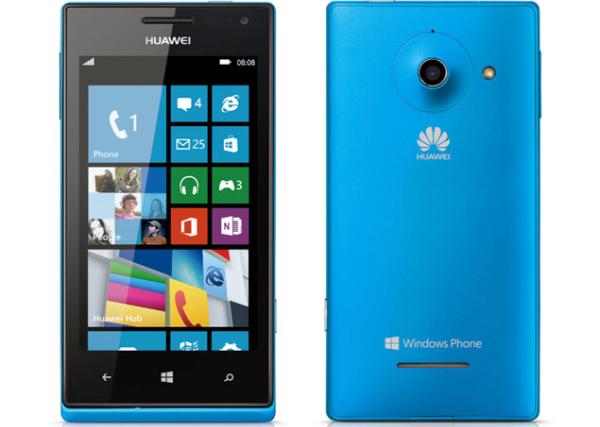 Microsoft’s new Windows Phone 8 platform doesn’t currently have the choice hardware wise when compared to the likes of Android, but this will eventually change for the better with more manufacturers getting on board. Away from Nokia and HTC, Chinese company Huawei are also providing handsets running the OS, and now the Huawei Ascend W1 release has been revealed on UK carrier O2.

The handset was first leaked way back in October but now mobile operator O2 has put the handset on its website as coming very soon, with a March timeframe. At the time of writing the company hasn’t revealed any pricing for the device, but you would have thought it would be available free, as the HTC 8S is on offer with no upfront cost at Â£21.50 each month.

Specs wise the Huawei Ascend W1 features a 4-inch WVGA touchscreen display powered by a dual core Qualcomm MSM8230 Snapdragon processor clocked at 1.2GHz with 512MB of RAM. Camera wise there is a five megapixel rear facing camera capable of 720p video capture at 30fps, and a VGA unit on the front.

There is 4GB of on board storage that is expandable by a further 32GB via microSD card, and all this tech has a 1,950 mAh battery unit providing the juice. The carrier is set to offer the Huawei Ascend W1 in either Electric Pink or Electric Blue colour options, and the handset is the first Windows Phone 8 device from Huawei.

Will you be interested in picking up the Huawei Ascend W1 from O2 when it becomes available?