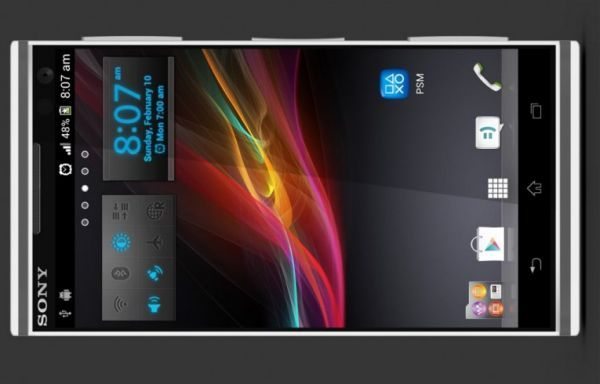 The specs were revealed last night for the new Sony PlayStation 4, and even though these were very good the console itself was not shown. So we do not know what it looks like, has one ever thought that smartphones or tablets could be the only-gaming consoles we need? We cannot count this out, the PS4, Xbox and PC are the best platforms on the market when it comes to gaming, but we have in the back of our minds that smartphones and tablets will have so much power we could connect them to a TV and use Bluetooth controllers and that is all we need really, one device does all.

There are many concepts on the market that never become reality, but seeing as technology is getting stronger and better each year, we cannot count out that smartphones and tablets will replace gaming consoles like the Xbox 360 or the PlayStation. When you sit back and think about it these mobile devices are gradually replacing the laptop, mobile devices is the way forward in life and would be much easier to take a smartphone with you to a mates house rather than the PS4, there are people that cannot afford such gaming consoles.

Thinking about the above Phones Review wanted to see if there was a gaming phone that could be more exciting than the PS4, and yes we have found it. Say hello to the Sony Xperia PS concept gaming phablet that should become reality. The new PlayStation phone cross tablet aka phablet looks impressive, this is from the mind of Simon Drake

If this were real it would also feature a removable 3000mAh battery, removable back cover, NFC as well as HDR and Full HD video recording and Exmor RS sensor.

At the moment the world is our oyster and we can see how far we have all come in the world of smartphones and tablets, we all love playing games and we have gaming consoles but never really get a chance to play them as always out and about. It would be so perfect to have a mobile device with similar power as say the PS4 in a smaller device that we could take with us and play with on our travels, and then once home connect to a TV to use a fully pledged gaming console, if you are playing a game and a phone call comes in the TV automatically becomes the phone.

Recap: Today we reported news about the Sony PS4 Android and iOS App, please read more about this here.