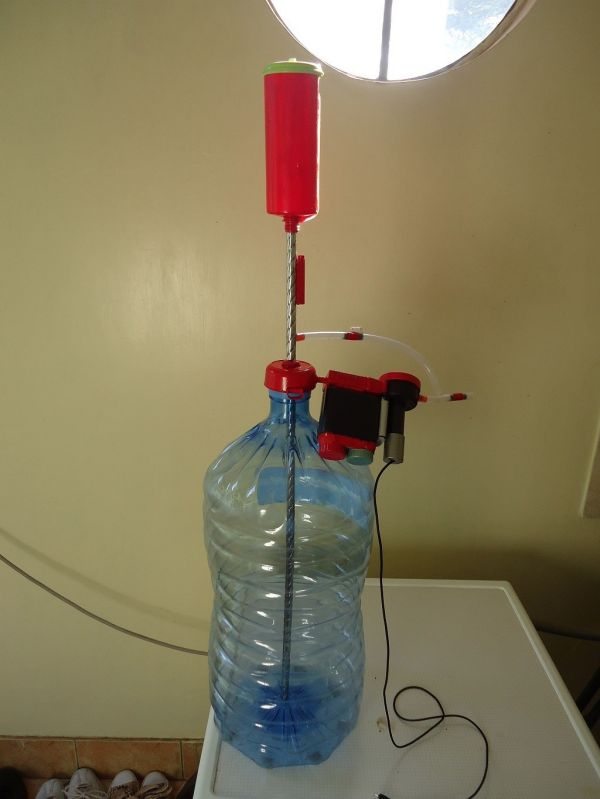 A small team of designers based in Kenya have come up with a simple and sustainable solution to charging mobile phones while at the same time helping conserve the fragile environment. The Bottle Charger power device, still in prototype also aims to reduce reliance on kerosene in the developing world in areas without electricity, by offering a money-saving alternative.

With more R&D funding they hope in future to integrate a small solar-dish that will enable the heating of water in the Insulated Thermal Storage Tank (ITST) directly via sunlight. “Their goal was once compared to being like Justin Bieber and Kenny Roger’s trying to do a song together. They thought it was a challenge, but not impossible.” Inventor Ryan Johnstone quoted on his crowd funding Indiegogo page.

Their passion and ambition has led to a breakthrough world’s first Bottle Charger Prototype. The Bottle Charger creates electricity from a cup of hot water that can be heated from a firewood source at a camping site, or simply by using the extra hot water remaining in your kettle at home after you have poured your cup of tea/coffee, to good use instead of letting it cool wasting that thermal energy. The presence and absence of the hot water (heat) causes the expansion and contraction of a fluid (air) within the plastic bottle to exert pressure on the B.U.C.T. (Blackbeard Unidirectional Constant Turbine) module to generate power.

The device can charge a smartphone for approximately 15-30 minutes depending on the surrounding environment. Unlike solar panels the device doesn’t necessarily need a battery, as it naturally stores energy in the form of thermal energy. A much needed benefit especially for the over 200-million mobile subscribers in Africa alone, who have no excess to electricity due to poverty and poor grid-infrastructure. An LED light embedded on the top flexible cover mouth piece that sits on top of the opening of the PET bottle, will create a beautiful illumination pattern which than changes the Bottle Charger into an amazing home decoration and a night light with a timer being the hot water as it cools.

Apparently the device will help consumers of plastic bottled mineral water/beverages over come their guilty conscience that plastic poses to the environment due to not being biodegradable. Numbers don’t lie, the U.N. estimates there are over 6-billion mobile phone subscribers in the world and data suggest over 200-billion plastic bottles of water are consumed globally every year. These numbers mean a huge toxic strain on the environment at the end life/use of these products when discarded.

Indiegogo contributors can pre-order the Bottle Charger device for $70 compared to the retail price of $100 in August 2012. Ryan hopes the technology can eventually expand to power larger appliances, entire households and be a clean energy storage system for solar PV and wind farms in the nearby future.