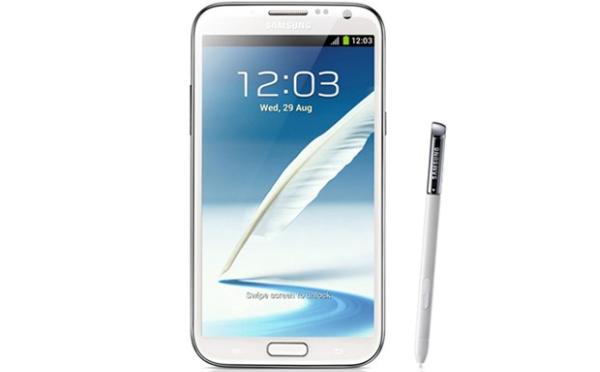 The pull for larger screen sizes gets ever stronger and was arguably started with the release of the original Samsung Galaxy Note back in 2011, and now a number of handsets have displays that are sized around this mark. Today we have news that the Galaxy Note 3 could possibly be the new 5.9-inch Samsung unveiling tipped to come later this year.

There are new reports that Samsung is set to unveil a new 5.9-inch smartphone later this year, which could be the Galaxy Note 3. The original Note game sporting a 5.3-inch display and was increased to 5.5-inches with the Galaxy Note 2, which the company achieved while still offering an easier to hold handset.

According to The Korea Times the handset will also feature the Samsung Exynos 5 Octa processor that is also now expected to ship with the Galaxy S4, but the display of the larger 5.9-inch handset won’t be of the flexible variety as the company are reportedly having issues meeting demand.

The claims originate from an alleged Samsung executive who unsurprisingly wants to remain anonymous, and it seems that Samsung has seen offerings from the likes of Huawei and ZTE that also feature larger screen sizes so decided to increase the size of the Galaxy Note.

Samsung has slowly increased the size of the Galaxy S flagship smartphone, with the S3 sporting a 4.8-inch touchscreen, and rumoured specs for the upcoming Galaxy S4 has suggested a display of 4.99-inches.

If Samsung does release a Galaxy Note 3 with a screen size of 5.9-inches while still keeping the handset comfortable to hold in one hand, the device is likely to become even more popular than the current model.

Would you buy the Samsung Galaxy Note 3 if it has a 5.9-inch display?