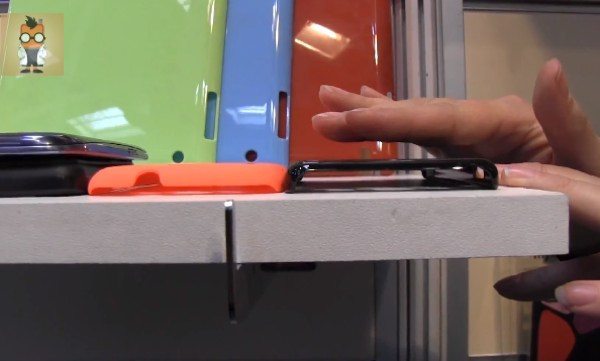 We are now getting very close to the March 14 Samsung event where we expect to see the official introduction of the Galaxy S4 (S IV) smartphone. This will be one of the smartphone launches of the year, and possibly the smartphone of the year and many are eagerly anticipating the Galaxy S4 and wondering what to expect. We’ve been bringing you leaks and rumors about specs and today we have a video for you to look at that has purported cases for the Galaxy S4 showing it to be thicker and shorter than the current S3.

We feel we have a pretty good idea of what to expect from the Galaxy S4, putting together all of the leaks and speculation over the last few months. However of course not all of this turns out to be accurate although a large proportion of leaked news does. As ever when we approach a massive device launch we start to see leaked accessories turn up and that is the case (excuse the pun!) for the Galaxy S4.

Previously we told readers about leaked Galaxy S4 cases that seemed to give some clues about the display size and design of the phone. The case seemed to fit all of the expectations so far of the Galaxy S4 such as a larger 5-inch screen size and was supplied to a phone accessory retailer from a “trusted” Chinese accessory manufacturer.

The further leaked Galaxy S4 cases we have news of today were spotted at CeBIT 2013 and were apparently supplied by a Chinese manufacturer called My Living according to leaked specs so let’s hope they’ve got a good source for the leak! These cases closes resemble those that were previously leaked with what looks like the same cut outs for LED flash, camera and rear speaker although they are not exactly the same. However, like the first leaked cases they do show a squarer design.

All intriguing stuff then and although we cannot verify that these cases are the real deal they certainly seem to fit in with accumulated rumors so far about the Galaxy S4. What are your thoughts on the video and these Galaxy S4 cases? Are you pleased with what they seem to indicate about the Galaxy S4 or maybe you’re not a fan of what looks to be a more boxy form factor? Send us your comments to let us know.