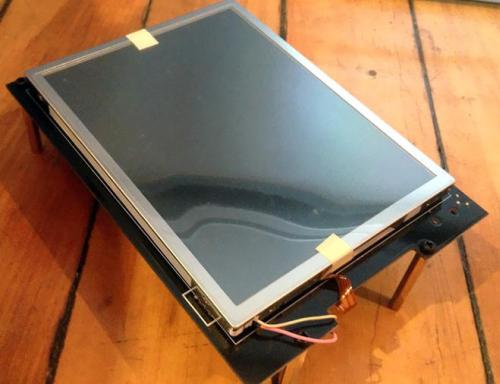 Many of us will remember those early mobile phones that were accompanied by even bigger battery’s, and even a few years later they were still too big to fit into even the largest of pockets, but an early pre-release iPhone prototype looks more like an iPad than a smartphone.

The original Apple iPhone was released back in 2007 and brought to life the smartphone market we all love today, but the guys over at ars technica have been provided with a number of images of an in-house version of the iPhone from 2005.

The images have been provided by a former employee of the company that worked on a number of projects, and has obviously remained anonymous. The early prototype features a number of ports that are more at home on a computer than a smartphone, but Apple never intended to feature things such as an Ethernet port in the final product.

It is rather large measuring around 5 x 7-inches and about 2-inches thick, but employees were impressed with the device seen running a version OS X. The main purpose of the hardware was to allow developers work on what was to become iOS, and an ARM chip looks to be a version of the Samsung S3C2410, which is not too far away from the chip that was found in the original iPhone.

The processor seen in the images is clocked at 200-233MHz where the first iPhone had a 620MHz unit underclocked at 412MHz. Apple has certainly come a long way since these early prototypes, and to see more images click the link above.

How big was your first mobile phone?