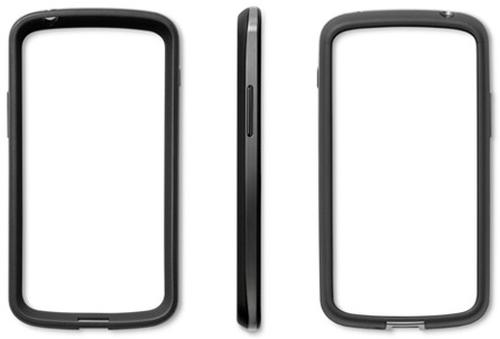 The Nexus 4 has led a troubled life since it was first released with numerous out of stock issues on the Google Play Store, but the device remains extremely popular although the Nexus 4 Bumper is seemingly axed so a new model could be imminent.

Just like the handset itself the Nexus 4 Bumper has constantly gone out of stock on the Google Play Store, and recently it came back but is now showing that it is no longer available for sale. The company has recently reduced the amount of covers available for the Nexus 7 so whether this is a move in readiness for the next line of Nexus hardware remains to be seen.

The Google I/O event is coming up in May where we good easily see some new Nexus hardware on show along with a new version of the mobile operating system, which is thought to be Android 5.0 Key Lime Pie.

If a new Nexus 5 and Nexus tablet PC are on the cards shortly Google may have ceased orders for accessories such as the bumper case for the Nexus 4, so owners of the handset will just have to order one from the numerous third party options that are available.

Google may simply have something better launching soon for owners of the Nexus 4 to purchase as it does seem strange to see the accessory axed so soon after the handset was released.

Have you purchased the Nexus 4 Bumper from Google or have you got something else instead?