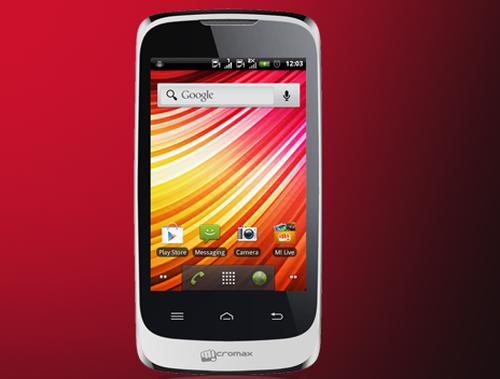 It certainly seems that a day don’t go by without at least one new smartphone being launched for consumers in India, and we now have news of the Micromax Bolt A51 Android Gingerbread handset that has just been launched.

Earlier today we told you of the Karbonn A6 smartphone that has been released in India, and now we have news of another entry level smartphone in the shape of the Micromax Bolt A51. The handset features a 3.5-inch HVGA touchscreen display with a resolution of 480 x 320, which is powered by an 832 MHz Broadcom processor.

The handset is obviously aimed at the budget end of the market as the device will come running the aging Android 2.3.7 Gingerbread operating system, and other features include 256MB of RAM, and 512MB of built in storage that is expandable by a further 32GB via microSD card.

Surprisingly there is a 2-megapixel rear facing camera while around the front is a 0.3-megapixel unit, and there is also dual SIM card support. Connectivity wise the Micromax Bolt A51 offers 3G, Wi-Fi, and Bluetooth, but at the time of writing there is no information regarding pricing or availability of the handset.

There is a good chance though the device will come in at below the Rs. 4000 mark, and to find out more head over to the official website here.