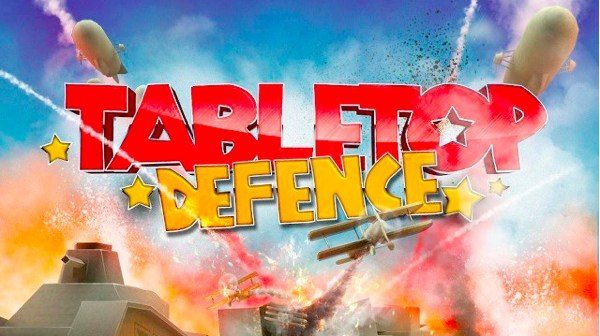 Classic tower defense game Tabletop Defense has now arrived for the iOS platform and is available from Apple’s App Store. The app from Immanitas Entertainment can now be played on iPhone, iPod touch and iPad and this game should keep many players enthralled. Read on as we have all the details.

For those who’ve not heard of Tabletop Defense the game involves setting towers at preset points on an enemy supply route in a bid to stop opposition land and air units achieving their aims. Players only have limited funds at the beginning and as levels progress it becomes harder to decide the positioning of the towers and when they should be upgraded. Players can earn more finances with shots and use the funds to construct more towers and destruct increasingly armored enemy units.

It sounds like an intriguing game and features 24 levels plus normal or expert difficulty levels, 5 different towers with three upgrades for each, 3D graphics and game and tower views that are zoomable. Tabletop Defense also has different game modes to suit different players as well as adjustable speed and has language support for English and German.

The game has been optimized for tablets for better game visibility but can also be played on other devices. Tabletop Defense for iOS is compatible for the iPhone 3GS, iPhone 4, iPhone 4S, iPhone 5, iPod touch (3rd, 4th and 5th generation) and iPad running iOS 4.0 or later. It’s priced at $1.99, â‚¬1.79 or Â£1.59 and can be downloaded from iTunes here. A PC version is also available. To find out more about Tabletop Defense head to the official Facebook page here.

We’d like to hear what you think of the iOS app for the Tabletop Defense game so please feel free to send us your comments on this new app that’s in the App Store now.